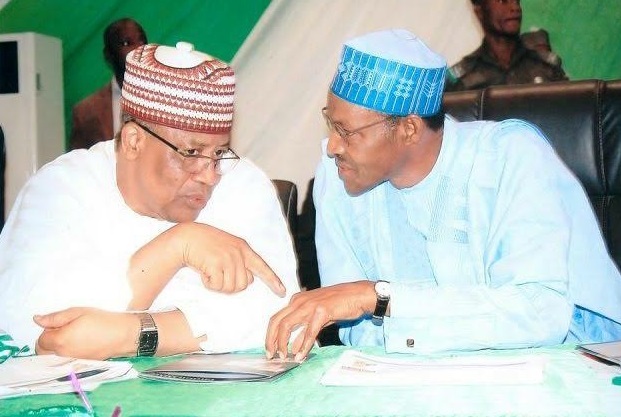 “When false hope takes possession of the mind, it makes men go beyond the mark and causes them to sacrifice a certain good for an uncertain better.” – Niccolo Machiavelli (1469-1527)

Rtd, Colonel William Walbe (1943-2011) in a nostalgic recollection from an era when coups, “violated all the norms of professional military tradition” and the “Armed Forces remained loyal to constitutional authority” described barracks life in Nigeria as that of;

“a highly motivated organization with strong esprit de Corps with strong bonds of brotherliness and camaraderie that existed between officers. Officers were so close, that if an officer’s relation were to visit the barracks while he was away on official assignment, his neighbor would care for that relative as if he or she was his own relation.

Indeed, relations of officers often preferred to be hosted by their colleagues because of the ‘royal’ treatment. Mess life was active and Mess traditions revered. Officers across ethnic and regional boundaries acted as best men at each other’s marriages, godfathers to each other’s children, Masters of ceremony at each other’s social gatherings, etc.

They endured the hardships of training together, celebrated their successes together, went (on duty) together, and grieved together.”

Walbe was the ADC of General Yakubu Gowon from 1966 to 1975. I find his recollection very important because Gowon’s preferred choice was actually a certain, Lt. Muhammadu Buhari from the same Ikeja unit as then Lt. Walbe, 2nd Battalion (now 9th Brigade) where the future Commander in Chief was their CO.

For me, a poignant review of the IBB/PMB dynamic is through their superior, General Domkat Yah Bali (1940-2020) who reveals the interwoven game of wits between all of them in his 1993 memoirs, on how IBB attempted in June 1983 to recruit him in the bid to overthrow President Shagari when he was Commandant at Jaji. Bali claims he turned down the offer insisting the timing was too premature and civilian leadership be given more time.

Bali goes on that, by December it was Buhari who in turn approached him.

He further explains how he had expected to be Army chief after Shagari was removed, a request which Buhari turned down in favour of IBB. Instead, he was appointed Defence chief.

The rest as they say is now history.

As the moving spirit behind the demise of the Shagari administration, why was IBB so reluctant to be Head of State?

Conscious of his background, obviously the antithesis of what Col. Walbe has previously well described, he was perhaps wary of a communal backlash from the core North.

Shagari was not only a member of the influential Toronkawa clan but a highly respected figure in the North holding the deferential title of Turaki of Sokoto since 1962 dating back to when IBB was still a cadet.

Agreed, two of the principal middle-level officers, Majors Al Mustapha Jokolo and Sambo Dasuki that channeled the financing of the coup were scions of the caliphate.

IBB was, on the other hand, an outsider trying to build a power base before seizing power who even after becoming military president the issue of identity haunted as noted by the historian, Max Siollun;

“Most southerners did not realize that Babangida himself is not Hausa. There is no denying that the Babangida regime was dominated by northerners, but not by the Hausa-Fulani per se.

Southerners saw the northern minorities as Hausa, while the Hausa-Fulani fumed at the non-dominance of Hausa-Fulani Muslims.

As southerners accused Babangida of northern using and Islamicizing senior portfolios in his regime, Hausa-Fulani leaders ironically accused him of not giving enough senior positions to the Hausa-Fulani.”

Ambition is no respecter of loyalty.

Onetime President Shagari recalls he was, “struck by a late visit he received from Babangida and Colonel Aliyu Mohammed in late 1983.

During the visit, Babangida repeatedly assured the president of his absolute loyalty. Shagari wondered why Babangida made such an effort to reassure him of loyalty he took for granted.”

Anyway, through the June 12 presidential polls debacle, IBB got his comeuppance when he grossly underestimated the resolve of the sit-tight intentions within his junior colleagues that compelled him,” to step aside.”

Similarly, on May 31 earlier this year, when President Buhari addressed APC governors, “In keeping with the established internal policies of the party and as we approach the convention in a few days, therefore, I wish to solicit the reciprocity and support of the governors and other stakeholders in picking my successor,” the governors ignored their principal.

The Daura-born warrior was afflicted with false hope expecting a listening ear from ambitious jobbers.

He had obviously forgotten that the plot against him in 1985 was centered around how he could not properly read and intepret the ambition of his main co-conspirator against Shagari, IBB who in his own words described their friendship, “To be able to stage a coup you have to be close to somebody. I was a very good friend of Buhari, there’s no doubt about it.”

Indeed, what military brotherhood had put together, ambition has put asunder. That is why the need to revisit the relationship between Shagari and Buhari is equally compelling;

“The strong-willed Buhari complained to President Shagari that Dikko had ordered his movements to be monitored. When Shagari raised the issue with Dikko, Dikko did not deny the accusation but simply warned Shagari that Buhari could not be trusted and should be retired. Dikko had woken a sleeping tiger.”

As Fela Kuti would croon back in 1989, “Overtake don overtake.”

The successful APC revolt against PMB ahead of 2023 has potentially dire implications because as with Shagari in 1983 and IBB in 1993, a Commander in Chief might be in office but not in full control of the political dynamics under his watch.