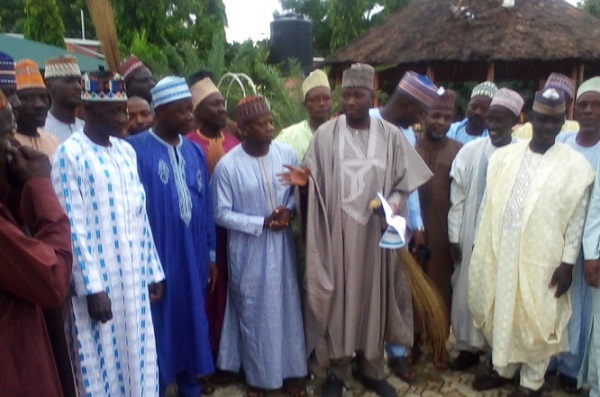 Two People’s Democratic Party (PDP) ward Chairmen of Murida and Makerar with their Exco members in Kebbi state have defected to All Progressive Congress (APC).

Receiving the decampees on Thursday in Birnin Kebbi, the Vice chairman Kebbi Central of APC, Abubakar Bello Mutawali Bunza said that the decampees have made the right decision for joining the ruling party.

He added that the party Leadership will never disappoint anyone of them: “We are going to carry all of you people alone, you people have made a good decision for being part of them, APC is a party that always bring changes considering the economic challenges.”

He then thanked all the party supporters for their support and cooperation in promoting unity in the party.

He equally urges them to rally round and support the APC Governorship candidate and others in winning the 2023 forthcoming general election in the state.

Responding, the former PDP Murida ward Chairman, Alhaji Umar Murida said that their decision in leaving PDP is because it is full of irregularities.

“We discovered so many things in PDP that is why we decided to leave them and join a promising party,” he added.

Also speaking, the former PDP Makerar Ward Chairman, Alhaji Yaro maijaki also expressed appreciation for leaving PDP, promising not to have anything to do with the party.

He said PDP supporters are not straight forward, and they cannot be a leader because of their attitude towards the masses.