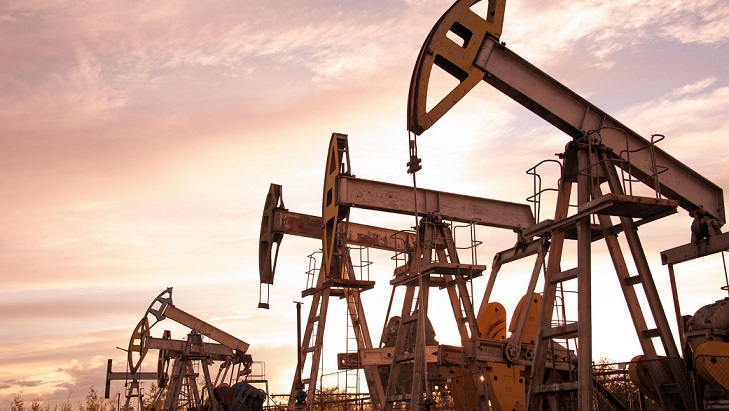 Nigeria’s three refineries of Port Harcourt, Warri, and Kaduna have a combined refining capacity of 445,000 barrels per day but none of them is functional for decades despite a series of Turn Around Maintenance (TAM).

The President Buhari’s APC government have since come to power and spent a whopping $26.5 billion on maintenance alone.

Oil experts and industry watchers have estimated that it would cost less ($ 24 billion) to build the same 3 refineries with the same refining capacity at Port Harcourt, Warri, and Kaduna today.

They wondered why this government is not prudent with scarce resources by going ahead to do turnaround maintenance with funds that could have built a new set of refineries.

The discovery of Oil (Black Gold) in January 1956 at Oloibiri in Ogbia LGA of Bayelsa state, and subsequently many others in several Communities in the Niger Delta of Nigeria.

Following the increase in oil wells Nigeria embarked on the construction of these refineries by the Yakubu Gowon-led administration:

1. Port Harcourt refinery was commissioned in 1965 with a refining capacity of 210, 000 barrels per day of oil and gas.

2. Warri refinery was commissioned in 1978, and the commissioning of Petro Chemical plant in 1987 with a total refining capacity of 125, 000 barrels per day.

3. Kaduna refinery was commissioned in 1988 with a total refining capacity of 110, 000 barrels per day for oil and gas. It was also built to produce lubricating oil blend stocks, waxes, bitumen and Kero.

These refineries launched Nigeria into the elite club of world oil-producing nations, and the organization of Oil Producing and Exporting Countries (OPEC).

While the oil boom ensured the rapid infrastructural development of Nigeria, it equally was rather becoming a curse than a blessing to the oil-producing communities.

It is disheartening that it took about 20 years of legislation on the notorious Petroleum Industry Bill (PIB) to concede a meagre 3% of revenue accruing from oil sales to the host Communities, who incidentally account for 95% of the revenue that keeps Nigeria’s economy alive. What a travesty of justice to a People’s sacrifice.

Paradoxically, the oil-rich Niger Delta is the “goose that lays the golden egg” but has been wallowing in abject poverty as a result of the neglect of these host regions from oil exploration and the consequences of environmental degradation and pollution.

Regrettably, successive governments have continued to deny these oil-producing Communities the joy of reaping from the blessings God had endowed them with.

Consequently, this neglect had given rise to endless agitations, uprisings for a clean-up, and resource control by environmental activists and “sons of the soil” through violent means.

Unfortunately, the militant youths have been exposed to monumental and consequential levels of worst human conditions of environmental degradation, deprivation, and killings by federal forces.

57 years of rumblings in the Niger Delta

One of the pioneers of minority rights activism in Nigeria is Isaac Adaka Boro.

The Movement for the Survival of Ogoni People (MOSOP) was formed in the late 1980s and made active and popular in 1990 by Ken Saro Wiwa a highly intelligent person, writer, author, activist, and world acclaimed advocate for minority rights.

Ken Saro Wiwa and his Ogoni People advocated for the cleanup, and control of oil production in Ogoni land, a struggle the Nigerian military rulers would not succumb to.

Ken Saro Wiwa along with eight other Ogoni environmental and human rights activists of MOSOP were brutally executed by hanging in Port Harcourt on 10th November 1995 by the then Head of State Major General Sani Abacha.

(4) MEND – The movement for the Emancipation of the Niger Delta (MEND) was formed in 2004 by Henry Okah, Tompolo, Ateke Tom, etc.

(5) Ateke Tom’s NDV was formed by Ateke Tom in 2000 in order to control the oil exploration around the Port Harcourt area.

(6) John Togo’s NIGER DELTA LIBERATION FRONT (NDLF) was formed in 2005 by John Togo with the mission to secede from Nigeria in order to control the oil resources.

Its activities centred on the attack of oil installations and pipe line vandalization. This was meant to create awareness for their demand for a sovereign country in the Niger Delta.

Oil subsidy: facts of the scam

Nigeria is the 7th highest oil producer in the world, and Africa’s biggest.

Despite oil being the country’s economic mainstay since the 1970’s, contemporary successive governments have failed to maintain the refining of crude oil in our refineries.

These seeming apathy had resulted in the abandoning of such critical assets leading to endless importation, rising prices of premium spirit, diesel, gas, jet A (Aviation) fuel, bitumen, kero, etc.

Nigeria is a country that produces crude oil but imports refined products for domestic consumption. This no doubt has given rise to monumental corruption.

How many petroleum products are imported?

How much litres are consumed?

These are some of the questions NNPC and government are unable to provide answer to.

Funds are always released for turnaround maintenance (TAM) of the countries three (3) refineries at Port Harcourt, Warri, and Kaduna but the more money is sunk, the less of oil drop is seen by Nigerians.

These refineries have become more of cash cows for government officials than avenues for national development.

For a government of the APC that promises to build of 4 new refineries in 4 years to resort to spending a whopping $26.5 billion on endless maintenance of rusted out infrastructure called refineries smacks of corruption.

Therefore, Petroleum products have continued to be subsidised.

Unfortunately, due to the rising price of crude oil in the international market, and the falling value of the naira, Petroleum subsidy payment grew from N350 billion in 2019 to N450 billion in 2020, then got to N1.573 billion in 2022.

What baffles keen observers of the sharp rising trend of this subsidy regime is the figures spent for 2022.

Data from the Nigerian National Petroleum Corporation (NNPC) shows that for January and February 2022 alone, the cost for subsidy was N396.72 billion.

Furthermore, the federal legislatures approved another sum of N4 trillion to be spent on subsidy in 2022.

This N4 trillion approval to be spent for subsidy in 2022 means that the federal government has abandoned its enacted Petroleum Industry Act of 2021 that prescribed a free market for the downstream sector of the petroleum industry.

According to the minister of Finance, Budget & National Planning, Zainab Ahmed in July 2022, the country will be expected to pay as much as N6.72 trillion for subsidy in 2023.

This is the danger:

(1) This portends trouble economically if this subsidy regime continuous.

(2) How will Nigeria with a total annual budget of N17 trillion naira use a whopping N4 trillion for subsidy alone?

(3) How will Nigeria cope with a projected revenue of N10 trillion?

(4) Oil prices are surging upwards globally due to the Russian War in Ukraine. Nigeria is unable to take advantage of this global oil boom in price because we don’t refine.

Surely the subsidy will have to get higher as Nigeria is at the mercy of rising market forces.

Will things not get much more difficult for Nigeria in the very near future?

You would recall that APC under Buhari had promised Nigerians before the 2015 elections that they will build 4 new refineries in 4 years of their reign if elected to power. The APC was elected in 2015 and we are 8 years going without APC government building any new refinery. They cannot even maintain the existing ones, thus subjecting Nigerians to excruciating agony of high prices and shortages.

As we speak, Nigeria cannot even mine its crude for export to meet the approved 1.8 billion barrels per day OPEC quata.

Today, President Muhammadu Buhari doubles as the Minister of Petroleum.

Therefore, the alleged monumental corruption in the oil sector can rightly be placed at Buhari’s doorstep.

The APC government under Buhari’s watch reportedly spent #10.23 billion in June 2020 on three (3) refineries that ended up processing zero crudes.

Again in 2021, this APC government approved and is spending $1.5 billion (about #600 billion) to repair the Port Harcourt refinery.

Despite the huge spending, the refineries have refused to function, while Nigerians keep groaning under the excruciating and persistent scarcity.

Interestingly, SERAP in a suit number FHC/L/CS/806/2022 filed in the Federal High Court, Lagos is seeking an order of Mandamus to compel Muhammadu Buhari to investigate the spending of #1.48 trillion reportedly spent on 4 refineries between 2015 and 2020 (NNPC Monthly Financial Statement).

One may ask, which is the 4th refinery referenced here?

In another major revelation twist, petroleum industry watchers lament the whopping sum of $26.5 billion which the federal government has so far spent on the maintenance of the country’s loss-making 445,000 barrels per day capacity of three (3) refineries of Port Harcourt, Warri, and Kaduna.

Experts on energy and construction of refineries have opined openly to say that this $26.5 billion is capable of building three new refineries of the same sizes as each of the ones in Port Harcourt, Warri and Kaduna.

This suggestion, according to these experts is arrived at based on the cost analysis of refinery projects currently going on across the world:

(1) The Ecuador refinery being constructed at Manto is a 500,000 barrels per day capacity for $12 billion.

(2) Dangote refinery in Lagos Nigeria, has a 650,000 barrels per day capacity being constructed for about $15 billion.

(3) Kuwait is building the Al Zour Oil Refinery for $16 billion with a refiningcapacity for 615 barrels per day.

Now, with Nigeria’s three (3) refineries having a combined refining capacity of 445,000 barrels per day, the implication is that it would cost less than:

(a) $8 billion to build a new 210,000 barrels per day capacity refinery in Port Harcourt – the same size as the existing one.

(b) It will also cost less than $8 billion to build a new refinery in Warri, just like the existing one with the same refining capacity of 125,000 barrels per day.

(c) The Kaduna refinery has a refining capacity of 110,000 barrels per day.

If an exact and similar refinery were to be built today in Kaduna, it will cost less than $8 billion.

By the above excerpt analysis, the three new refineries would therefore cost only about $24 billion.

The questions to ask the APC and Muhammadu Buhari government include the following:

(1) Why did the government of APC spend a whopping sum $26.5 billion on the maintenance of refineries without a single drop of oil?

(3) Who will account for these monumental wastages to Nigerians?

(4) What will APC boast to have achieved in its 8 years of governance of a Nigeria with 200 million suffering people?