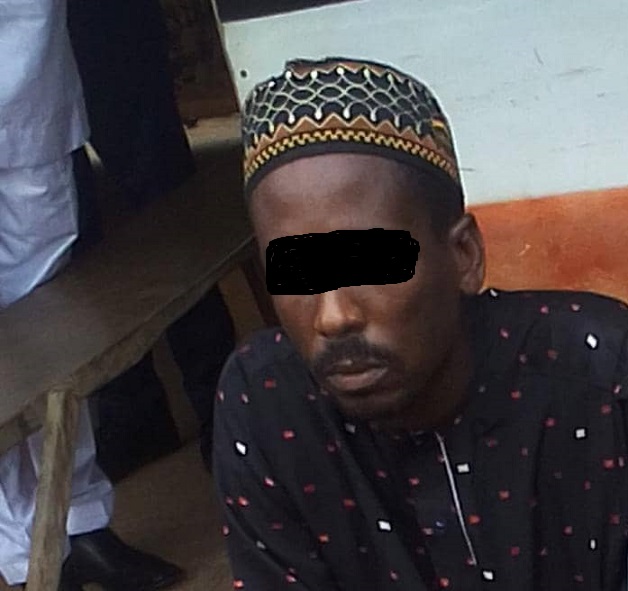 The suspect who was said to be arrested after collecting a ransom of four million and one million Naira respectively in Dabagi and Kurdula villages in Dange/Shuni and Gudu local Government areas of the state.

The state commandant of the NSCDC, Sale Dada said the command has succeeded in arresting the suspect after trailing him for long period.

He said Kwaire was arrested alongside his cohort Buba Magaji who according to NSCDC controlled a camp of over 200 members operating in Tureta, Dange/Shuni, Tangaza, Binji, and Silane local government areas.

Kwaire is said to have a possible linko a notorious Ansarudeen camp of Boko haram operating in the sub-Saharan African countries of Burkina Faso, Niger and Mali, and Nigeria.

Dada further told newsmen that the suspect was once arrested by the command sometime early last year but unfortunately while in the custody of the command disappear into the tin air through diabolical means.

He said the suspect after investigation would be prosecuted in a court of law to account for the many Kidnappings and atrocities committed before his recent arrest.

The NSCDC Commandant disclosed to journalists that, some members of the gang approached the command to secure the release of the suspect through monetary inducement, but failed to show up while sensing that, the command may go after them as accomplices.