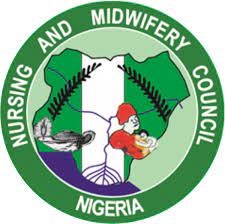 Sokoto State Commissioner for Higher Education, Professor Aishatu Madawaki Isah says, the two State Collages of Nursing Sciences and Midwifery in Sokoto and Tambuwal have secured a five-year full accreditation from the Nursing and Midwifery Council of Nigeria (NMCN).

Madawaki Isah who spoke through the Permanent Secretary of the Ministry, Pharmacist Almuspha Othman, also said the development followed the inspection by the accreditations panel of the institutions and Panels satisfaction with the state-of-the-art academic facilities and qualified teachers provided by the Sokoto State Government to both institutions.

The Commissioner assured that the two-state health institutions were competing favorably with any other health Institutes across the country in terms of producing competent health workers, noting that admission of new students into the two colleges is based on merit.

She said the government would not be comprised in the procedures of admitting prospective applicants to study various health-related courses in institutes.

The Commissioner further stated that there is a tremendous increase in the number of parents and students who wants their children to secure admissions, especially to the College of Nursing Sciences due to their confidence in the standard of the two educational institutions.

She recalled that over 2500 applicants have recently applied for the 2022 to 2023 college’s admission Portal in less than a week and 550 prospective students scored entrance examinations conducted under the supervision of the ministry and the Nursing council.

According to her, the increasing number of applicants seeking admission into the colleges may not be unconnected with the automatic employment of the college graduating students by the Sokoto state government and monthly stipends in addition to other welfare packages.

Madawaki assured that the ministry would not compromise on the admission of students despite being highly competitive.