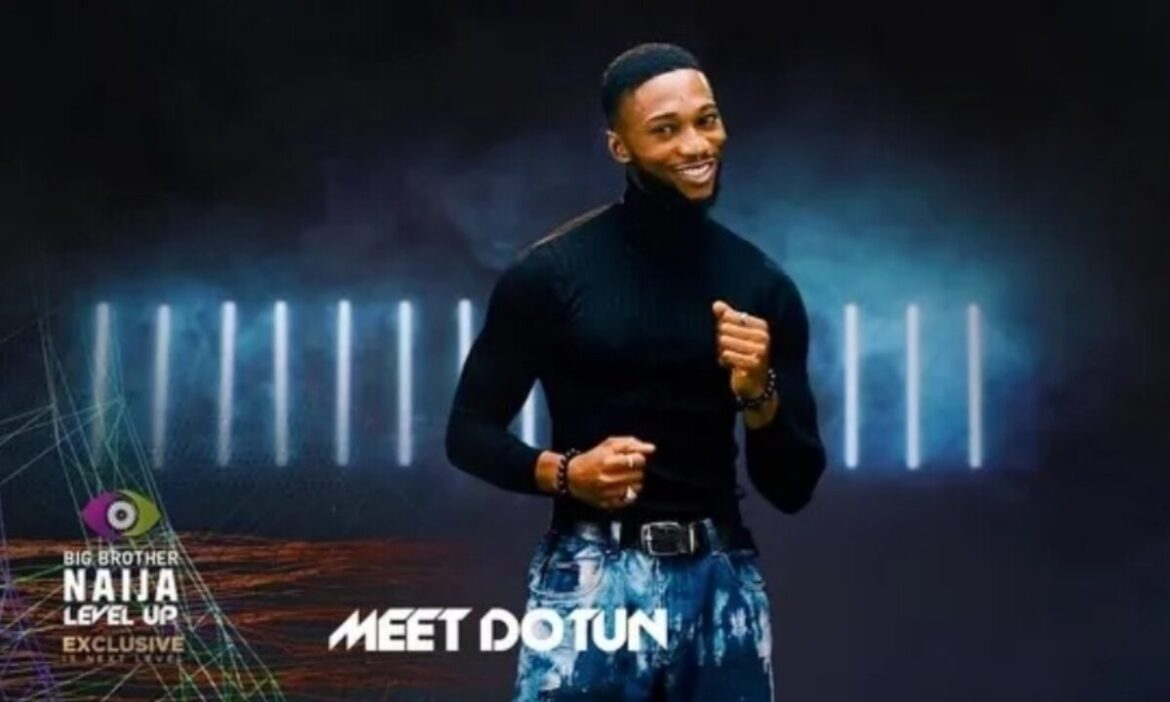 The ongoing BBNaija Season 7 show is gradually losing its grip on housemates who came for the money as the housemates are now in for ships.
Dotun in the level 1 house who is said to be in the square of Eloswag, Hermes, and Chomzy has officially removed himself from the square.

BBNaija Season 7: Dotun Removes Himself from Entanglement with Chomzy
This evening he was discussing with fellow level 1 housemate Deji who told him that he heard he is the fourth person in the square of Chomzy, Eloswag,,, and Hermes.
Dotun said he is not in any ship at all and for now, he has not seen any coming his way as well.

Deji and Dotun talked at length about the way ships are building in the house and they wonder if they came for a relationship or the 100 million prize.

The level 1 house only has one standing ship which is the Bella and Sheggz ship. Shaggy recently said he knows other housemates are jealous of his relationship with Bella as theirs is very open and clear.

Many thought the newly introduced housemate Rachel was going to be Dotun’s girl but of late he has not been with her. He made it clear that he is in for the 100 million and not ship at least for now.

The housemate has not been on any sort of ship since he arrived at the house just maybe he is actually in for the money and so he is trying to be focused.
(Everyevery)