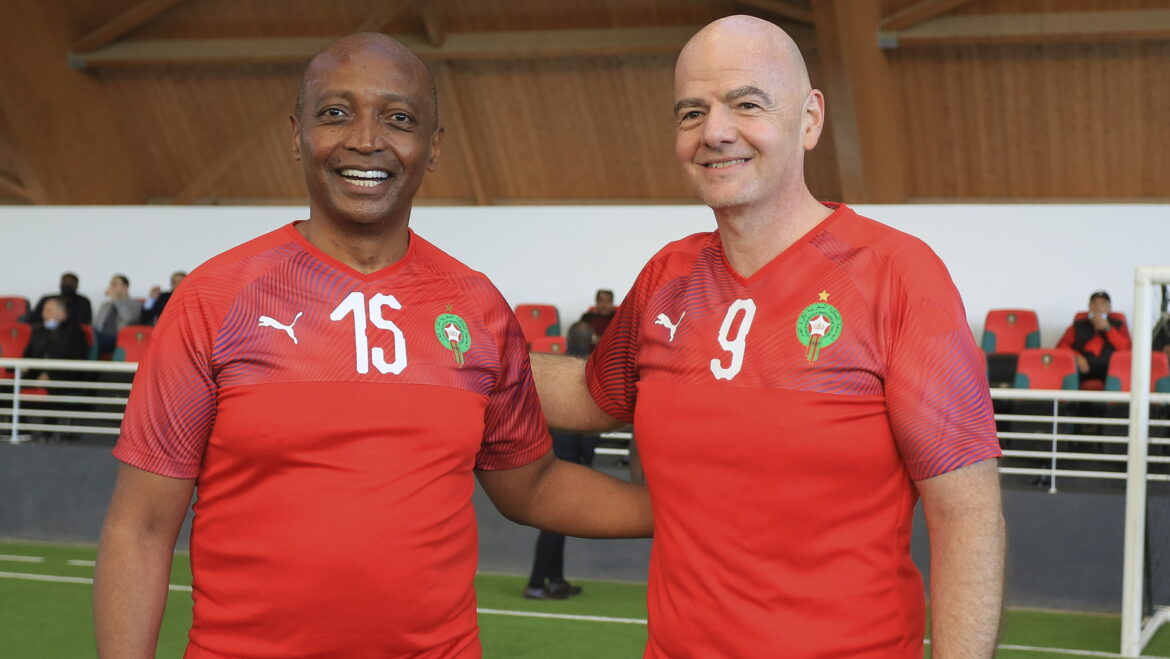 What are the issues still outstanding following Wednesday’s announcement by Dr Patrice Motsepe and Gianni Infantino?

The Confederation of African Football took a step forward with the Africa Super League project on Wednesday at the 44th Caf General Assembly.

While Dr Patrice Motsepe and Fifa President Gianni Infantino outlined some of the key information around the Super League proposal, there are still many unanswered questions ahead of the competition’s launch next year.

Where will the money come from?
The success or failure of the Super League may well depend on how much money the tournament can generate and ultimately channel into African football.

Motsepe insists that “the investors have all shown a huge amount interest and enthusiasm to be part of this project,” but without any contracts being signed, the financial attraction of the product remains to be seen.

He’s certainly set lofty targets, with anticipated revenues of $200 million, although Caf must go out and prove they can now generate the income they forecast.
How will the rest of Africa benefit?
To demonstrate that the Africa Super League isn’t just ‘for the few’, Motsepe and Infantino must show that the broader African football community is benefiting from the proposal.

First of all—as per the first question—they must generate the income, as if they fall short of their ambitious targets, then talk of plunging $54 million into the Caf Development Fund may fall by the wayside.

Similarly, Caf have pledged to give $1 million to each of the 54 national federations, but even if that money comes, will the measures be put in place to ensure that it’s used for the greater good?

Which teams will be included?
Caf have given some clarity on how teams will be selected for the Super League, with the top seven teams per each of the three regions identified by the football governing body as per the Caf five-year ranking taking their place in the tournament.

Which teams will be included?
Caf have given some clarity on how teams will be selected for the Super League, with the top seven teams per each of the three regions identified by the football governing body as per the Caf five-year ranking taking their place in the tournament.

Will Kaizer Chiefs qualify?
Some of the continent’s biggest teams face a nervous wait to see if they’ll make the cut for the Super League.

Primary among these are Kaizer Chiefs, whose failure to qualify for Caf competitions this season means their coefficient can only decline between now and the start of the Super League.

If one of the teams in either South or East Africa who currently aren’t in the region’s top seven ranked clubs enjoy a successful season in Caf competitions, then they would have the potential to displace Chiefs from the Super League running.

Sudanese giants Al Merreikh could be one such side to oust the Amakhosi; if they reach the Caf CL group stage and finish at least third in the group, then their coefficient will see them leapfrog Chiefs.
Will African fans care?
This is another unanswered question that—in fairness—Motsepe and Infantino won’t be able to answer (having not canvassed supporters) until the tournament begins.

Where will the Super League fit into the diet of a typical African football fan?

Would an Asante Kotoko supporter prefer to watch his side against Horoya of Mali or Diaraf of Senegal rather than their familiar opponents in the Ghana Premier League?

Would Ethiopian football fans, who are unlikely to have a team in the Super League, for example, care to tune in to watch AS Vita Club vs Enyimba?

If the interest isn’t there, the numbers won’t be there. If the numbers aren’t there, the money won’t be there either.
Does this kill Africa’s domestic leagues?
Speaking on Wednesday, Motsepe attempted to offer words of encouragement for Africa’s existing football structures, but instead betrayed a certain lack of care for the continent’s leagues.

“We have to explain to the local leagues wheat it means for their programs, their financial upkeep, progress, success,” Motsepe told the watching world…but shouldn’t this have been done already?

Certainly speaking to figures within and around African leagues—not to mention fans—there are concerns that their leagues will be left short of finances, if not irrelevant altogether, by the Super League.
(Goal)