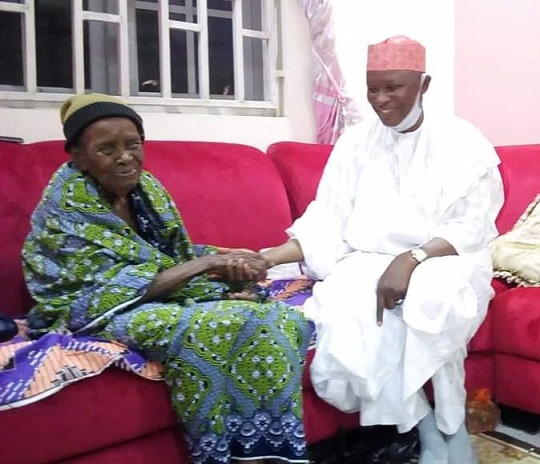 With a heavy heart and total submission to the will of almighty Allah, we are saddened to announce the passing away of Hajia Aishatu Ahmad Sufi.

This was contained in a statement, Friday, by Sanusi Bature Dawakin Tofa, the Spokesperson to H.E. Engr. Abba Kabiru Yusuf.

According to the statement, the matriarch is a maternal grandmother to the New Nigeria People’s Party (NNPP) Gubernatorial flag-bearer for Kano State 2023, H.E. Engr. Abba Kabiru Yusuf.

Hajia Mowa as she is popularly known died in the early hours of Friday 12th August 2022 equivalent to the 14th of Muharram 1444 A.H. at Aminu Kano Teaching Hospital, aged 103, Aisha Sufi (Mowa) died after a protracted illness.

Late Hajia Aisha Sufi is survived by her brother Alkali Hussaini Sufi, three of her children including Malama Khadijatul-Najaatu, the mother of Abba Gida Gida with many grandchildren and great-grandchildren.

She was buried according to Islamic rites as the Janaza took place at the Kano Central Mosque today, the statement added.