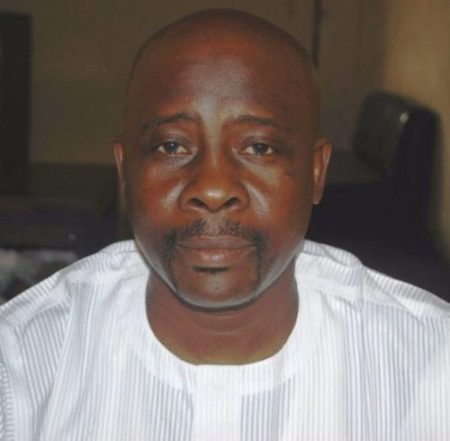 I know many Human rights activists would call for my head, but I am ready to damn the consequences, by supporting the adoption of jungle justice, in addressing the incessant problem of kidnapping for ransom in Nigeria. Yes, mob action to kill the killer before the killer kills you, because, in Nigeria, the lawful way of addressing the menace is meaninglessly cumbersome.

The social media was agog last night, with clips carrying the caption, CAUTION, saying, -these are kidnappers caught around Lokogoma axis in Abuja. Someone saw them pushing a girl, who operates as a POS vendor, into the booth of their car.

He followed them, repeatedly drawing the attention of passers-by until the car was eventually blocked, after which they were apprehended.

The video clip shows gory pictures of three men turned naked, in the hands of a mob, who were gruesomely torturing them in a horrible, grisly, and mercilessly disgusting manner, with blood all over their bodies.

The sight was awfully repulsive to anyone engaged in humanitarianism, but the action of the mob is comfortably consoling to people like me, who believe in egalitarianism.

Yes, all people are equal and deserve equal rights and opportunities. So, anyone with a reversed ambition should be treated in an uncouth manner, that is lacking in refinement and grace.

In circumstances like this, I am in total support of jungle justice, because, kidnapping in Nigeria has refused to obey, or go by the universal convention of engagement.

Those engaged in kidnapping for ransom in Nigeria, do not believe in the philosophy of niceties. Whereas the law enforcement agents are enjoined to operate in accordance with the rules of engagement, which direct the circumstances and manner in which the use of force is applied, Nigerian kidnappers operate with a violently variant version of the rule, by subjecting their victims to extreme cruelty and barbarically brutal behaviours.

They kidnap and torture before asking for ransom. But even where such ransoms are paid, they sometimes go ahead to kill the captive. What else can be more inhuman?

When Dolly Parton composed her song, It’s All Wrong, but It’s All Right, methinks she did it out of the feeling of the excitement and enigma that are associated with love or romance.

“Hello, are you free tonight? I like your looks. I love your smile. Could I use you for a while? It’s all wrong but it’s all right”-Dolly Parton.

Dolly Parton’s pattern of asking to use you tonight is not for torture or abuse, but a romantic method of utilizing the opposite sex, to quench a burning desire, because as she said, her needs are very much alive, because, “the amber sunset glow has died.”

But those needs are not similar to the needs of the pitiless kidnappers of Nigeria, who would like your looks, but for something sinister. So, if they borrow you, which they do without your consent, it’s not for a while. Sometimes it’s borrowing for good, or going for good.

So, if such borrowers are made to bid farewell to this beautiful world, even if through jungle justice, I join Dolly Parton to say, It’s all wrong but it’s all right.

A quick glance at the thesaurus gave the definition of Human rights as, rights that are inherent to all human beings, regardless of race, sex, nationality, ethnicity, language, religion, or any other status. Human rights include the right to life and liberty, freedom from slavery and torture, freedom of opinion and expression, the right to work and education, and many more.

If you seize a lady at work, forced her into the booth of a car, and fled, you have violated the above definition of Human rights, and engaged in Human wrongs. So, it’s all right if you are summarily and wrongly treated, I think.

If you disguise as a visitor with honourable intentions, knock on a man’s door, kidnap him as he opens the door, drag and hide him in the bush some time, you have violated the above definition of Human rights, and engaged in Human wrongs. So, it’s all right if you are summarily and wrongly treated, I think.

The dictionary describes jungle justice or mob justice as a form of public extrajudicial killings, which can be found in Nigeria and Cameroon, where an alleged criminal is publicly humiliated, beaten, and summarily executed by vigilantes or an angry mob.

Unlike Dolly Parton, who said to the person she wants to borrow, “It may be wrong if we make love. But I just need someone so much. And who knows, it might last for life”, the Nigerian kidnappers don’t want you for love. They borrow you for money, and sometimes kill you, even if the money is paid.

So, if they are killed through jungle justice, and even if all the Human rights activists in the world would call for my head, like Dolly Parton, I say, It’s all wrong but it’s all right.