Menu
Home Opinion Fellow Nigerians, it is off seasonal migration and not an imminent invasion
Opinion 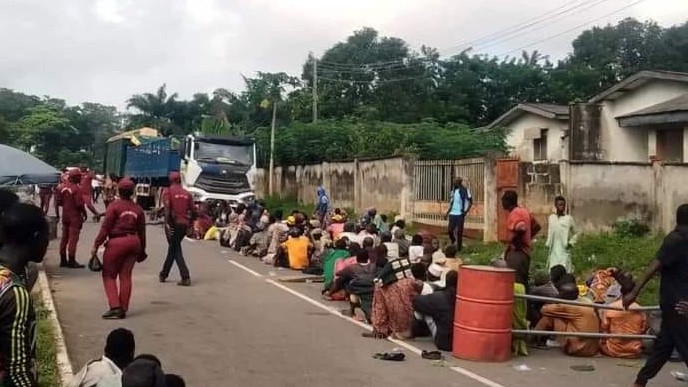 Dry-seasonal migration is an inherent part of Humanized culture historically called, “Yawon dandi” – a general down country shift, mostly after harvest to more economically prosperous parts of Nigeria. It is often temporary.

Yet, here we are in the middle of a rainy season with scores of Northerners en route to the South. Admittedly, there are too many incidents of this new off-season phenomenon. If so, what is really going on? The economy of the North has virtually collapsed, that is what.

The poverty rates, economic indices, and other parlous figures ranging from daily protein intake and access to health care delivery all ominously speak for themselves. The masses in Arewa are slowly dying.

While I must confess, “Yawon dandi” is now disturbingly becoming near permanent, I fully understand the accumulated apprehension as Amotekun at the Sango area of Akure-Ado expressway intercepted trucks conveying about 151 Northerners came less than 72 hours after the same corps had previously detained a truck loaded with 147 northern youths along University of Ibadan-Bodija Road in Ibadan, in the Oyo State capital.

But carefully check it out, the Northerners that travel in open trucks to the South are often unskilled, dispossessed migrants, economic refugees of the monumental elite failure of Arewa.

The main economic activity across the North is the ever-shrinking monthly federal allocation from Abuja. Perennial insecurity has also taken a massive toll.

Paradoxically, the worst victims of the North’s domination of power have been these kinds of Northerners. Agreed, they are potentially hordes of cannon fodder.

My intervention is therefore an attempt to foster better inter-communal relations among Nigerians and to help locate where the real problem lies. I am not holding brief for any nefarious elements and those with sinister intentions.

I have earlier used the description “Hausanized culture” advisably. For more on the process of Hausanization see Frank Salamone’s, Becoming Hausa: Ethnic Identity Change and Its Implications for the Study of Ethnic Pluralism and Stratification (1975) because as Prof. Abba Alkasum notes;

“Here in the North an identity was built for us by the NPC government around the idea of ‘dan Arewa’ (a Northerner) as opposed to ‘dan Nijeriya’ (a Nigerian) and the Hausa language was promoted to become part of our identity and distinctiveness. In addition, even the flowing gown became the hallmark of northerners. The effectiveness of the campaign of the Northern Regional government was to such an extent that southerners started seeing all northerners as ‘Hausa people’ which persists till date.”

There is one thing that we must understand as Nigerians – particularly my compatriots from the South, the ordinary Humanized person is fundamentally different from those rapacious babanriga-wearing opportunistic dolts in Abuja and their local agents and hangers-on in the 7 states of the North West. This is pertinent because those intercepted in Oyo and Ondo states mostly claimed they were from across this geopolitical zone.

Lest we forget, ECOWAS Free Movement provisions but without compromising any Trans-border security protocol.

Largely unlike in the South, there is no thriving middle-class buffer in Arewa. The increasingly cow-less Fulani underclass is as distressed and marginalized as the long-suffering Hausa Talakawa riding trucks to down South. For many its

“There is this disconnect between the Fulani herding community and the Fulani aristocracy that established political hegemony and retained power for centuries in numerous territories of West Africa. Coming from a herding background, myself, I can say that herders are despised by sedentary Fulani as much as they are by other ethnic groups, and that mistrust and bad blood that exists between these two social strata of the Fulbe are important factors that led to the displacement and degeneration of the herding community.”

See details in, Herders: The Evil From Within published in the Daily Trust newspaper edition of Wednesday, 22 June 2022

In conclusion, there is always a need to carefully look at the overall context of every national issue because even Sheikh Uthman dan Fodio (1754-1817) puts it that;

“One of the swiftest ways of destroying any kingdom is to give preference to one particular tribe over another or show favor to one group of people rather than another. And to draw near those who should be kept away and keep away those who should be drawn near.”

If so, who are these “rapacious babanriga-wearing opportunistic dolts”?

Dr. Bala Takaya explains they claim to be;

“A group that defends the interest and culture of the North but shorn bare of their cloaks of pretenses are an association of narrow-minded, self-centered, and acutely greedy elite (but actually carrying out) Mafia-like projections, intrigues, and manipulations of the Nigerian sociopolitical system.”

Should Southern states be the dumping ground for the collateral damage emanating from the proven elite failure of Arewa’s private-jet flying dolts?

This is perhaps the question on the lips of everybody from Port Harcourt to Lagos and from Uyo to Badagry.

My chief concern is negative profiling of the wrong people.