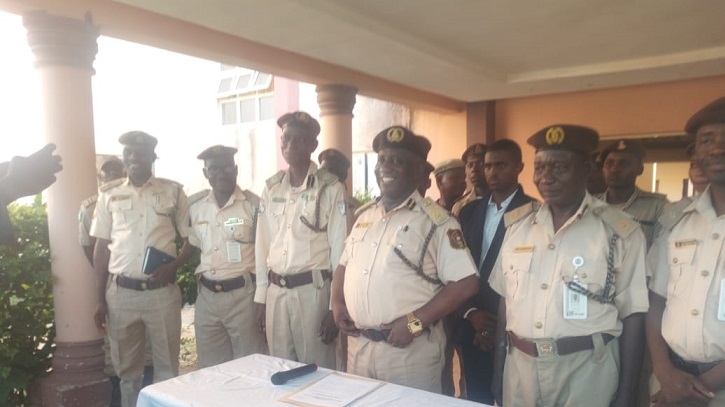 One officer of the Nigerian Immigration Service (NIS) was confirmed dead and two others sustained gunshot wounds along Nigeria Niger republic border in Jigawa state as suspected bandits attacked their patrol team.

He said, the suspected bandits numbering 5 rode on two motorcycles and open fire on the patrol team.

“Our gallant officers. Immediately engaged the bandits in fire exchange, and unfortunately one of our officers named Abdullahi Mohammed (CIA) died and another two other members of the team sustained serious bullet wounds; they are Abba Musa Kiyawa (DSI) and Zubairu Garba (AII)”.

ACG Ismaila added that he had already visited the scene along with the state commissioner of police CP Aliyu Sale Tafida.

Mr Ismail also confirmed that three other officers in the team were unhurt during the fire exchange.

The ACG also stated that the two motorcycles and handset phone recovered from the bandits will be handed over to the police for further investigation.