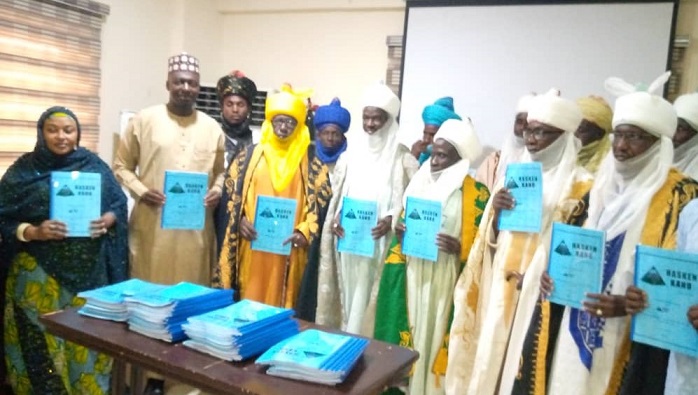 A group of concerned non-partisans and non-political Citizens under the umbrella of Hasken Kano has developed a strategic advocacy document (Charter of Demand) to engage critical stakeholders, especially candidates of various political parties vying for executive and legislative positions in Kano state.

The unveiling and dissemination of the Kano State Citizens’ Charter of Demand ahead of the 2023 election was held at Tahir Guest Palace Hotel, Kano.

In his remark, the State Team Leader, Partnership to Engage, Reform and Learn, (PERL) a program funded by Foreign, Commonwealth and Development Office (FCDO), Isa Surajo, said the project was meant to expand the spaces for citizens around government processes, to improve service delivery.

He stated that the objectives are to unveil Citizen Charters of Demand for agenda-setting engagements with Candidates in the 2023 Election and to highlight pre and post-engagement plans of Haske Jihar Kano Project.

Surajo revealed that the project was implemented in three states, Jigawa, Kaduna, and Kano; as well as at the National Level.

“These demand charter has engagement plans which identify issues, developed priorities among citizens using indicators to ensure that it is doable by the government”.

The team leader disclosed that at the state levels, plans for interactions with gubernatorial candidates, senatorial and house of assembly representatives’ members to enable the constituency to adhere to their agenda when elected.

He, therefore, encourages Journalists to be fully involved in tracking the commitments made by aspirants once they win the election.

He disclosed that the initiative started about six months ago.

“The journey started by bringing together over sixty Civil Society Organizations (CSO) from different sectors like Health, Education amongst others in order to investigate the various challenges faced by each sector.

“And a charter was developed for the political candidates to look into before and after the election in the state, by extension Nigeria.”

The highlights of some of the challenges faced, especially in the educational sector are the high number of out-of-school children, low budgetary allocation for girl child education, hence the need for advocacy, to ensure that stakeholders understand the charter of demands by citizens for proper accountability, Dr. Halilu added.