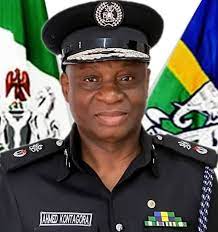 According to a statement made available to newsmen in Birnin Kebbi by the Command’s spokesperson, SP Nafiu Abubaka, CP Ahmed-Kontagora was enlisted into the Nigeria Police Force on March 3, 1990, as a Cadet Assistant Superintendent of Police.

He had earlier served in various capacities in different Commands and formations before his was posted to Kebbi state.