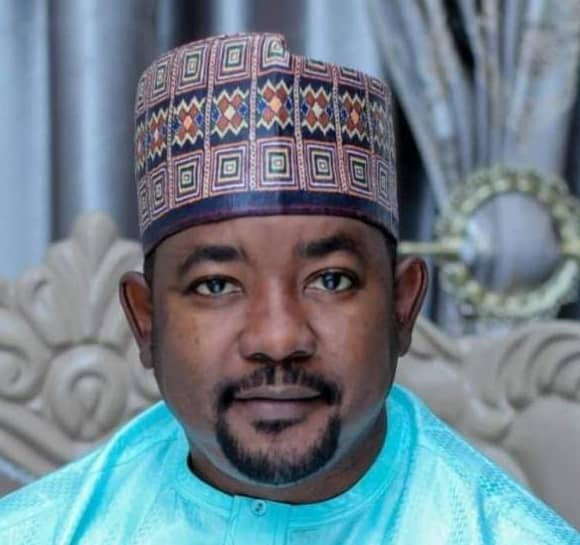 Nigeria is the most religious country in the world and everything Nigerians do, is wrapped up in reverence to religious beliefs; sometimes holy, at times distortions of religious orders, and most times concoctions of modern-day Prophets.

Religion in Nigeria is a huge booming industry and where its ‘GDP’ is measured; it could compete with that of a group of African countries put together! Nigeria being culturally diverse has an added layer of religious diversities that make for an even more complex and unwholesome population of people that are tedious to manage, and difficult to please.

Religion blurs objectivity in Nigeria and whatever one does, he expects his religion’s brethren to rally around him and rescue him from his mess or shortcomings.

Religion is the new constitution and the citizens have deliberately forgotten about the secularity of the State.

The Muslim Muslim ticket of the APC (see how religion trumps party politics?), has staged a platform where the country is screening the ruling party’s candidates for President and Vice President through a religious lens, rather than a view that assesses the two distinguished personalities based on their antecedents, performances, experience, emotional intelligence, capacities, and other similar parameters.

The quality of the candidates ought to be used in calibrating what and who is required for the leadership tasks ahead, rather than their religious beliefs. Religious leaders in the last fifty years, have succeeded in cornering and colonizing the liberties of their gullible followers; pre-disposing them to the whims and caprices of the direction and choices of the so-called Imams and Pastors/ Prophets.

Do not be deceived in taking sides with either religion because whether you like it or not, both are culpable in these acts of religious sacrilege and are a perfect example of six of one, and half a dozen of the other.

Muslims will back their own, and Christians will do the same. The whole idea of a 21st Century African Giant, charting a course for the development and progression of black nations, is slaughtered on the altar of religious intolerance.

The most qualified are or are jettisoned for their religious divides or inclinations.

PDP and its apparatus denied a Southern Christian, Nyesom Wike, one of their finest, with ace performances as Governor, and embraced Atiku, a Hausa Fulani Northern Muslim; for obvious political gain, to the detriment of rotation, federal character, and equity/ fairness. There was little or no outcry from ‘religion’.

Not even from the CAN! The APC picks Tinubu, a staunch party man, but of course a great leader with a track record of visionary and purposeful leadership — that has driven development to its peak, giving the man the opportunity to give examples of what he is made of.

In his case, the outcry begins to trickle in and all eyes were on him, over the choice of his running mate. The discourse changed course from his eligibility, to whether he is going to pick a Muslim or a Christian running mate. Again, the quality of the running mate was no longer in question. He was to be rated by his religious beliefs as if he was going to teach Almajiris or be posted to a Parish!

Amazingly, the duo of Babachir and Dogara have led the hunt for the head of the Muslim Muslim ticket. But in the not-so-distant past, they supported a Muslim for the party’s ticket, against a whole Pastor and Reverend Father, who is also a whole Vice President of the Federal Republic. Both of them were touted as running mates and support for their cause was being canvassed by Muslims as well.

After losing out, they are now on a drive to further divide the country by impressing the fact that there is a dangerously Islamic agenda being pursued by the APC.

One can easily see that Tinubu was bold enough to pick a candidate with a much higher electoral value, than that of both the duo, summed up together. Their values in votes are not up to one-tenth of what Kashim offers.

Kashim’s choice is of both electoral and qualitative leadership values. He and his bosses were both Governors and Senators. Their quality is unrivaled in the party. But that is not on the table. Islam and Christianity are on the table. Yet we say we are ready to transcend our ethnic limitations and embrace competence. Perhaps not this time? Babachir and Dogara were supported by Muslims especially, to reach the pinnacles of their careers.

Today, they say Muslims are dangerous enemies who must be stopped by all means. Indeed. If Christianity is the watchword, why not go to Peter Obi, who is the only formidable Christian candidate?

Why rush back to another Muslim party, ‘abi’ candidate? Well, the duo is doing more harm to Atiku because the supposed base he can boast of is withered by the sentiments of his new partners in religious politics.

May God save Nigeria from the religious malpractices and cultural inequities that deny us the gigantism we were both with.

Davido Spotted In Public for the First Time with His Fourth Child, Dawson