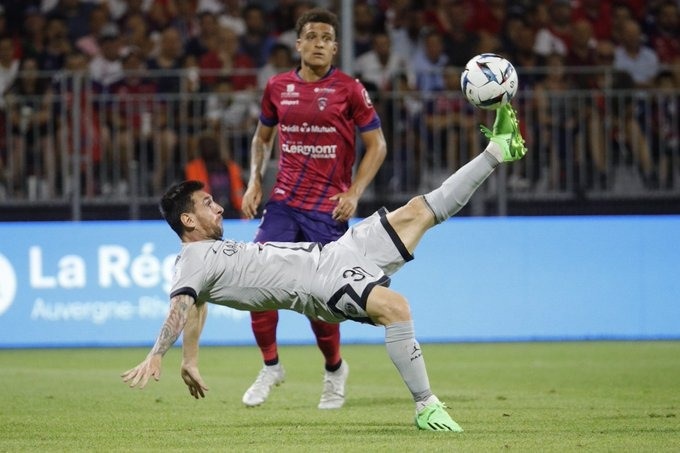 Paris Saint Germans star man Lionel Messi, scored his second goal of the game in an outrageous fashion in his team’s 5-0 victory on Saturday.

His goal completed the route as he surely saved the best for last.

The play started with a beautiful pinged pass from his fellow teammate Leandro Paredes to Messi, who was impressed with his chest control and then hit a bicycle kick in an ultra-smooth motion to score a superb goal.

The Argentinean international had scored his first goal in the 80th minute before bagging a breathtaking goal of the season contender.

It was not just PSG supporters that were blown away by Messi’s overall performance, the home side fans Clemont Foot applauded the forward by bowing and chanting his name in the stands.

The goal has also drawn admiration and huge praises on social media, with him being called “the greatest GOAT of all time”.

He was also involved in more actions as he also proved a slickening assist for Neymar which seem unintentional in the first half, which was also perfectly finished with a low drive shot by Neymar.

Achraf Hakimi and Marquinhos were also on the score sheet, as the defending French champions open their new season campaign with a big win.