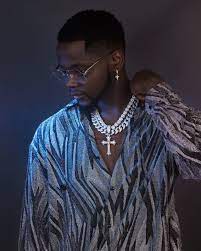 Popular singer, Kizz Daniel’s fans in Tanzania have mobilized for his arrest over the singer’s alleged refusal to perform at his concert on Sunday, August 7, 2022.
The singer who arrived the country earlier in the day reportedly refused to perform due to unavailability of his clothes.

The fans, some of who paid as much as $5000 for tables, later ripped the hall apart in frustration.

It would be recalled that this is the third time Kizz Daniel is being called out by fans over cancellation of his shows in the last one month.

He was first dragged on July 7 after he stood fans up for over five hours at his concert in DMV. He was again dragged by his fans after he canceled his Denver concert abruptly on July 28, 2022.

Reacting to this, some of his fans are saying it’s served him right for always standing them up despite the heavy amount they parted with.
(Gistlover)