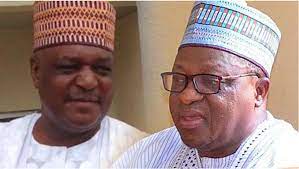 This is coming four months after they were granted state pardon by the National Council of State (NCS).

They were released together with 159 convicts who were also pardoned by the NCS led by President Muhammadu Buhari on April 14, 2022.

According to the Federal Capital Territory (FCT) Nigerian Correctional Service (NCoS), the former prisoners were documented as at 11 am on Sunday and had since left the prison.

Justifying the clemency, the Senior Special Assistant on Media and Publicity to the president, Garba Shehu, said that it would have been insensitive for the president not to pardon the duo, saying that they had life-threatening illnesses.

However, the duo could not be released immediately by the correctional service because, according to the Public Relations Officer of NCoS, Abubakar Umar, the Ministry of Justice would send a correspondence stating so.