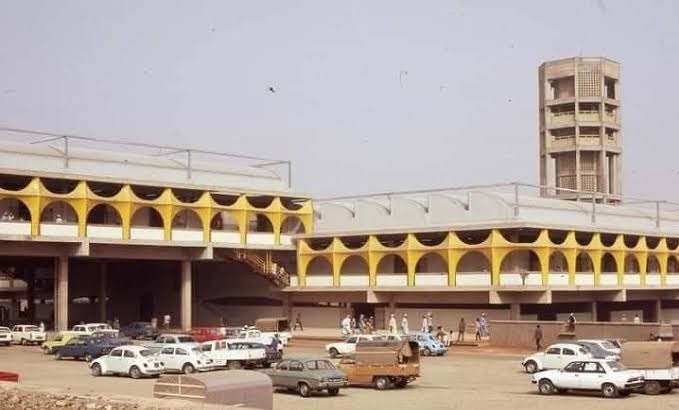 As far as I am concerned, the raging debate over the intervention of Jaiz Bank in the proposed redevelopment of Plateau’s most controversial real estate is the continuation of identity politics by other means.

Conjuring a perfect storm is a good exit strategy. It is always an excellent flanking maneuver to divert political attention away from fundamental issues.

Is the chief security officer on the Plateau not aware that hot contestation over market control has deep controversial roots in the cool highlands of Jos?

Surely most Nigerians are aware it was the colonial-era location of our nation’s first inter-communal riot that took place in October 1945 at the Naraguta Potato Market.

Back then it was an inter-ethnic affair that started with an angry verbal exchange before it degenerated into fisticuffs between Alhaji Inusa Mai-dankali and Mr. Joseph Onyema, a timber dealer over market control during the General Strike called by NCNC earlier in June.

Before anybody could say, “Fried Chips” the crisis spilled over to the township for two days with a reported two dead and many injured. The British authorities had to call in for a detachment of anti-riot policemen from Kaduna to quell the situation.

The JMM located at the popular Terminus hub of the Plateau capital was conceived by Nigeria’s first graduate police officer, Assistant Commissioner of Police Joseph Dechi Gomwalk who was the military governor of the former Benue-Plateau, 1967-75. Its construction started under him.

Designed by the architectural firm Odeneye & Associates whose lead consultant was Oba Olawale Adisa Odeleye (1938-2003) that trained at Nigeria College later ABU, Zaria from 1958 to 1963. He was the 12th national president of the Nigerian Institution of Architects, 1985-87, and a one-time Olowu of Owu at Abeokuta.

Construction of the iconic market was completed by Governor Solomon Lar using a foreign loan from Midland Bank in the United Kingdom. The market was opened for business under Navy Captain (later Rear Admiral) Samuel Bitrus Atukum in 1985. Interestingly, Major-General Muhammad Buhari then Nigeria’s military Head of State performed the opening ceremony.

Atukum is also an ABU-trained engineer whose last military assignment was as pioneer Superintendent of the Naval Dockyard at Wilmot Point, Victoria Island.

Still much eulogized to date on the Plateau, Gomwalk was a first-class graduate of Zoology from the University of Ibadan. He was summarily executed by firing squad fallout of the attempted Dimka coup of 1976 with neither evidence nor proof against his involvement in the plot.

JMM was partially burnt down on April 12, 1994, and completely destroyed on February 12, 2002. Both incidences were fallouts of intense Indigene-Settler dichotomy that had deep political undercurrents and complex inter-ethnic dynamics.

With such a delicate background, why didn’t the Lalong administration embark on a public hearing to sensitize critical stakeholders in the state ahead of announcing the MoU?

No matter how good any proposal is, poor packaging is often a challenge. The fact that a non-interest financial institution is involved to boost state coffers is beside the point.

Jos is not only the ceremonial capital of the Christian North but the epicenter of the Middle Belt struggle. It has always been a rival orbit of power to Kaduna since the First Republic – a perfect storm is always brewing in the background at Tin City.

It is the national headquarters of the domineering Izala Society or Jama’atu Izalatil Bid’ah Wa Iqamatus Sunnah (Society of Removal of Innovation and Re-establishment of the Sunnah), also called JIBWIS, founded in 1978 by Sheikh Ismaila Idris (1930-2000) but led by Sheikh Abubakar Gumi (1924-1992)

Jos is also the home base of the Eritrean-born Ahmed Nasreddin (1925-2021) founder of the NASCO group founded in 1963 whom the investigative journalist, David Hundeyin last year in October did an exposé on entitled, Cornflakes for Jihad.

A marketplace is not only a location for economic activity. It is a social institution and a site for political struggle;

“Ìyál’ọ́jà (pronounced e-yah-lo-ja) is a Yoruba word that literally translates to “Mother of the Market”. However, it has more commonly been used to refer to a prominent traditional chieftaincy title among the Yoruba people,”

The current holder of that title in Lagos, Folashade Tinubu-Ojo does not need any elaborate introduction here to understand the political dimension.

Talk less, in Jos. An urban conglomerate is full of conspiracy theories.

If not properly handled, market control anywhere in Nigeria has religious, traditional, and ethnic factors embedded that could sabotage economic activities and inter-communal harmony.

Miles down the JMM axis is the Gyel Market that arose when the Bukuru Market established in 1930 was completely razed down in vicious inter-communal riots in 2008 and again in 2010.

Traders based on ethnic identity and religious affiliation occupied different parts of the replacement Gyel Market irrespective of their economic activities which are supposed to be the main parameters of zoning in any market.

It is therefore highly misplaced for anybody to presume the intervention of Jaiz Bank in the redevelopment of JMM would not have any inter-communal blowback. Particularly, so soon after the intense debate over the ruling APC’s Muslim-Muslim presidential ticket.

No doubt, the fact that Lalong has been recently announced as the DG of that campaign further complicated the issue.

For anybody to think other, is either that person is very ignorant of matters in the entire gamut of affairs on the Plateau or just trying to be deliberately mischievous. Or both.

What is the way forward?

There is no alternative to due process, openness, and transparency. Then there is consultation with critical stakeholders and sensitization of the general populace.

This is not just relevant to the case of JMM but leaders at all levels should endeavor not to take their followers for granted. To do otherwise is tantamount to being clever by half.

It does not matter whether it is a government or church project, the dynamics are the same.