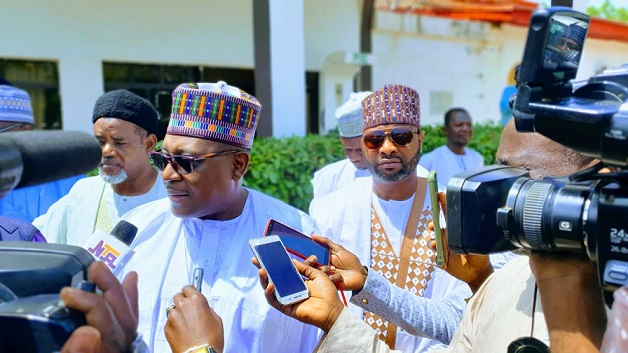 Kebbi State Governor, Atiku Bagudu, has promised to scale-up Primary Health Care (PHC) activities in the state before the end of his administration.

Bagudu, who was represented by the Secretary to the State Government (SSG), Babale Umar Yauri, spoke on Saturday, in Birnin Kebbi, when he received a delegation of an NGO Chigari Foundation at Government House in Birnin Kebbi.

The Governor also stressed the importance of top to bottom approach in the delivery of health services and stakeholders’ engagements.

He said that the state government was committed to boosting health security in the state.

The governor promised to jerk immunization coverage in the state to about 90 percent before the end of his administration.

The State Government had accomplished primary healthcare under one roof by over 82 percent across the state, he said.

“State government would provide at least one sustainable, well-equipped PHC in all the 225 political wards.

“So far, the administration had renovated 140 PHCs, while 136 are ongoing.

“Similarly, 850 qualified healthcare workers would be recruited before the end of the current administration, to bridge existing gaps.”

The Governor, therefore, commended the foundation for its efforts to shore up the intake of life-saving health interventions.

In his remarks, the state commissioner of Health, Hon Jafar Mohammed, lauded the foundation for its invaluable efforts to increase immunization coverage in the state and other parts of the country.

Jafar also acknowledged the contributions of the development partners to scale up PHC services and immunization.

The Team Leader, Professor Ali Pate, former Health Minister, said their visit to Kebbi was to consult stakeholders on efforts to design strategies to make immunization effective and increase coverage.

According to Pate, the move was also aimed at boosting health security in the country and reducing the impact of infectious diseases.

He said the team was in Kebbi State as part of a consultative visit to all the nineteen northern states and FCT Abuja to engage stakeholders to chart the best course of action on attaining health security.

Professor Pate explained that the colossal impact of the Covid-19 pandemic globally has shown that health insecurity led to economic insecurity due to the adverse effect of the pandemic on the economic wellbeing of nations.

Consequently, he said, it was obligatory to engage stakeholders in dialogue on ways of preventing diseases and unfortunate deaths, particularly among children.

He specifically identified traditional rulers for their potency in mobilizing their subjects to imbibe health care programs as was evident in immunization exercises that led to significant coverage of recipients, especially the polio vaccine that helped in eliminating the disease entirely from Nigeria.

He commended the administration of Governor Bagudu for its sustainable and essential support to the health sector which improved quality healthcare services among communities in the state.

The Chigari foundation team also paid a courtesy visit to Dr. Zainab Shinkafi Bagudu, the wife of the Kebbi State Governor, and lauded her invaluable contribution to the health sector.

They also paid a similar visit to the Emirs of Gwandu and Argungu respectively.