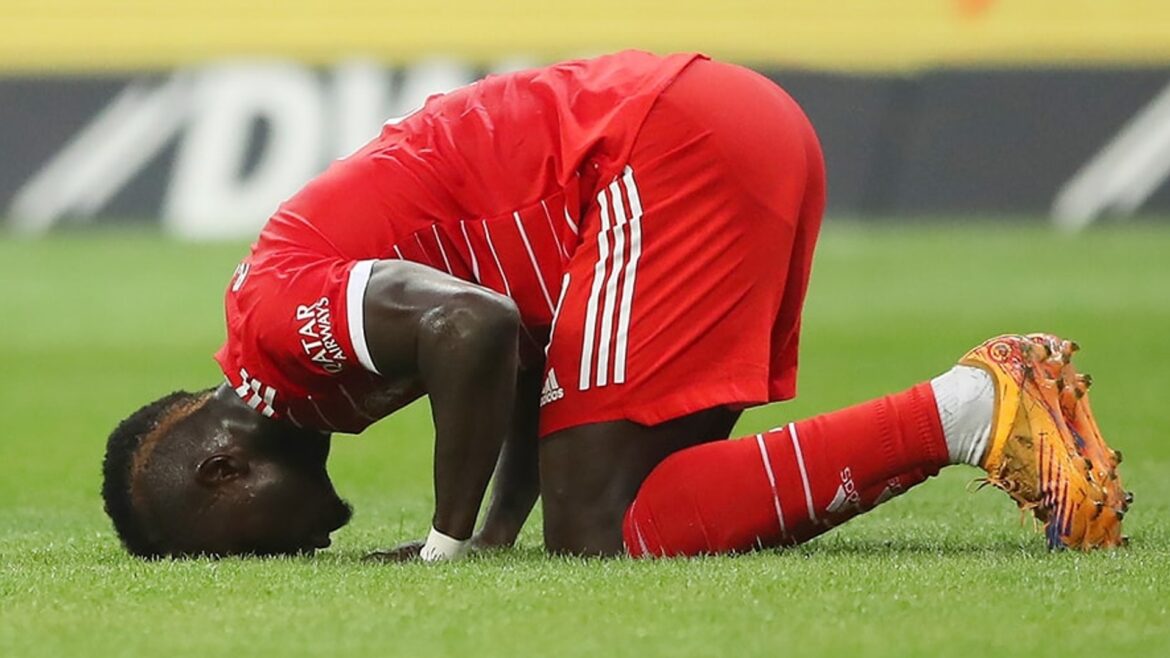 A cross-section of supporters have praised the immediate impact of Sadio Mane after he scored his first Bundesliga goal for Bayern Munich in a 6-1 thrashing of Eintracht Frankfurt on Friday.

The 30-year-old Senegal international headed home from a Serge Gnabry cross to make it 3-0 as the Bavarians went into the half-time break enjoying a 5-0 lead at Deutsche Bank Park.
Joshua Kimmich had put Bayern ahead from a free-kick before Benjamin Pavard made it 2-0. Mane then added the third, Jamal Musiala scored the fourth, Gnabry the fifth and Musiala the sixth but his second of the afternoon while Randal Kolo Muani pulled one back for Frankfurt.

The performance of the Lion of Teranga, who joined Bayern from Liverpool in June, has left many supporters singing his praise, others opining the Premier League outfit will regret their decision to let the player go.

“I knew it was a big mistake for Liverpool to sell Sadio [Mane],” Vawulence Comrade opened the debate on GOAL Africa Facebook page celebrating the players’ debut goal in the top-flight for the Bundesliga giants, adding: “Now Bayern is more invisible than ever.”

Uwak-mfon Raphael opined: “This one will pain Liverpool,” while Remmy J Uchenna posed a question: “Did Liverpool hate him before?” Ibrahim G Insu wrote: “Without a second thought, I would rate Sadio [Mane] over any player in the world.

Abimbola Aderemi believes Mane, who also scored for Bayern in last week’s German Super Cup win over RB Leipzig, has just started banging in the goals and will shine.

“You just started, you will shine forever!” explained Aderemi, adding: “A real pan Africanist we love you all…,” while Benjamin Ojara wrote: “He is a good player he can score at any time am not surprised.”

Thabo Wa Kobela said: “This one doesn’t need good luck, he knows where he is coming from,” while David Kumbutso Phiri said: “The man of the moment.”

Meanwhile, another group of fans believe Mane, who played for Southampton in the Premier League, deserves to win the 2022 Ballon d’Or.

“Well deserved!” said Israel Elube, adding: “We will campaign for him to win Ballon D’or,” while Jonas Antwi wrote: Give him the Ballon D’or.”

Elsewhere, others supporters have hailed Mane for his humility and predicted him to shine wherever he goes.

“This man is the best player to happen in football, and also Africa’s finest to ever grace the beautiful game,” wrote Chamudhee Kitheka while Nana Yaw Adepa explained: “For your humility and good deeds, you will always be a champion wherever u go.”

Lupakisho Nagoli wrapped up the debate: “This guy is much better than the whole Manchester United squad.”

The Lion of Teranga will hope to keep his scoring form when Bayern entertain Wolfsburg in their second fixture of the season at Allianz Arena next Sunday.
(Goal)