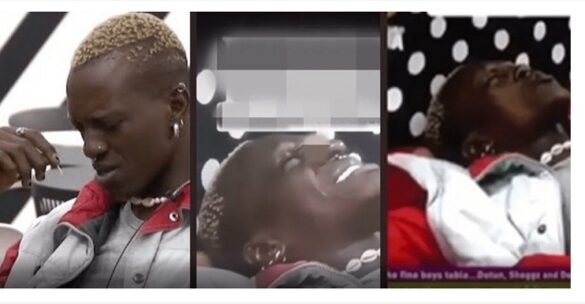 Big Brother Naija Housemate, has gotten fans concerned after he was spotted acting in a disturbing manner.

Fans of the reality show are also worried that this might derail his performance and likely see him leave before the finale of this season series.

Hermes who emerged winner of the Head of House game on Monday was spotted mumbling to himself, with speculations about him being isolated from the outside world, being part of the reason.

In the Viral video that got fans worried about his health, the 25-years old was seen being a loner by himself in a room and talking to himself with his eyes closed.

Some tweets from fans:

Funnily since morning. God, abeg! We need everyone in a

Good mental state for a good show this season. #BBNaija

Finally, he looks like a time bomb waiting to explode. There’s

Feel overwhelmed and locked up in that place. #BBNaija

It is obvious, that fans are asking Biggie to check on his mental health.