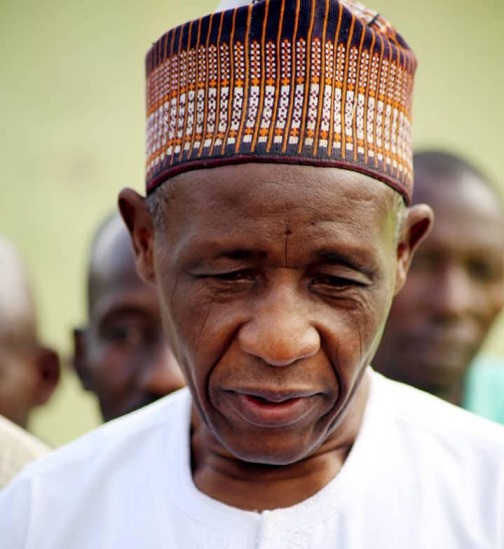 The Acting Chairman of Kano Pillars football club Alhaji Ibrahim Galadima commended the players and technical Crew of the club for their performances so far in this year’s Aiteo Federation Cup.

The Acting Chairman made the commendation shortly after the team trashed Zamfara United football club by five goals to nil in the round of 32 Match in this year’s Aiteo Federation Cup on Wednesday at Ahmadu Bello Stadium Kaduna.

Galadima praised Almighty Allah for making it possible for them to project the image of the Kano state government and the good people of the state.

He said the players indicate their readiness to face the challenges ahead of them in the competition because they resolved to put what happened to the team in the just concluded 2021/2022 Npfl Season behind them.

He then believes the boys are now ready to go far in the competition because he said what he had seen from them today they are ready to do anything possible to justify the confidence people have in them.

The Acting Chairman said what happened to the club in the league has happened and they believe God has a destiny in it and they take it in good faith.

Alhaji Ibrahim Galadima said the club is looking forward to a good outing in this year’s Aiteo Federation Cup to repeat what the club did in the last three years ago.

On the support they are getting from the football lovers in Kaduna state, Galadima said pillars football club leadership has no words to express their appreciate to the fans of Kaduna.

He said the two matches the club played in Kaduna so far in this competition could not even be better in Kano than what he has been nation seen in Kaduna which he said Kaduna is always Kano Pillars Fc home.

Galadima said the past mistakes were been made which some people feel offended and his coming to Kaduna for today’s match is to show Kaduna fans they are sorry for what happened in the past and willing to continue with the relationship existing between the two states (Kano and Kaduna), particularly in football affairs.

He reaffirmed the Kano state government’s commitments to be more disposed to do more in terms of paying club players entitlements, especially now the team is getting closer to winning the Aiteo Federation Cup.

We are already in the round of 16 in this competition and we would remain focused to see that we won it, Galadima said.

He said he believed that Kano state governor Dr. Abdullahi Umar Ganduje will like to lift the trophy once again the second time in his tenure because in 2019 they did it and in this 2022 God willing with the spirit he had seen in the team, the team will be able to do that.

He then urged people of Kano state and entire fans of the club anywhere they are to continue praying for the team which he said their prayers, goodwill and best wishes has been behind the success of the club and therefore he wants them to sustain the tempo.

The Acting Chairman explained that they should not be disappointed on what happened in the just concluded 2021/2022 Npfl Season which he said had happened as Muslims they have taken it as the will of Allah, therefore, they should put it behind them and continue supporting the team in pursuing the Aiteo cup competition and see what Allah will give them.