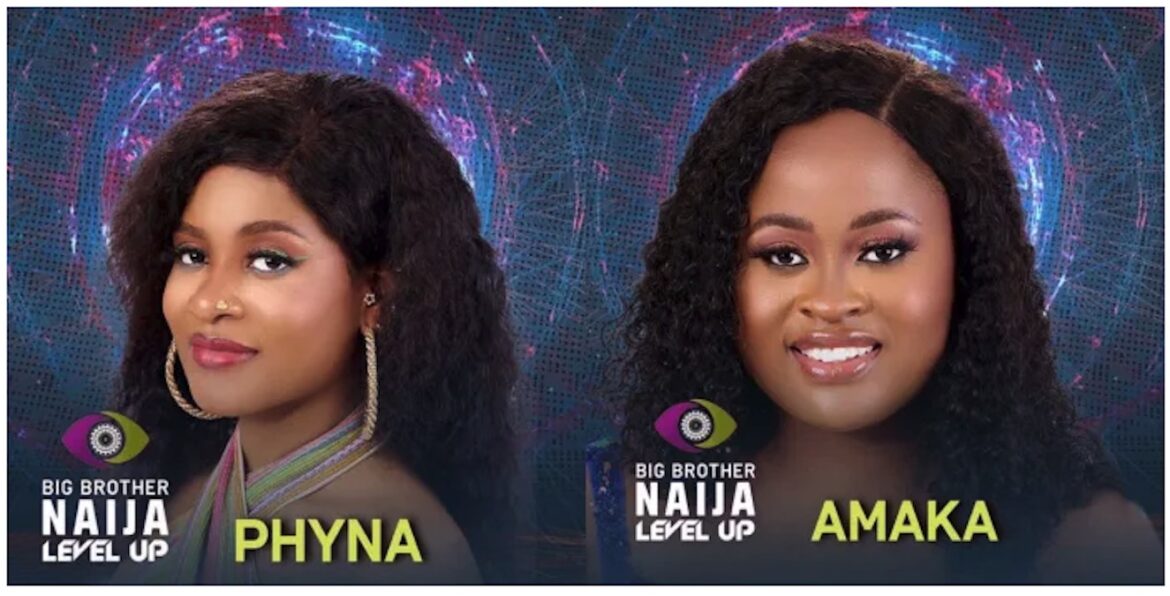 After the fight in the morning, she has been with Phyna all day trying to calm her down as her friend. But in calming her down she is tether escalating the issue.

At first, she started by calming Phyna down then she said Bryann is doing too much, the statement triggered Phyna again for another minute sir told her to calm down and focus on the wager challenge. Soon after she asked for Khalid’s age and said she is sure he reduced his age.
This attitude of Amaka has got viewers talking as she keeps jumping from one person’s problem to the other. Remember she was the first person to raise alarm over missing condoms in the house before Phyna joined.

She said they are things she has seen in the house that she will swallow till she leaves the house. Remember she was awake last night when Khalid and Daniella had the under-the-debut action?
(Everyevery)