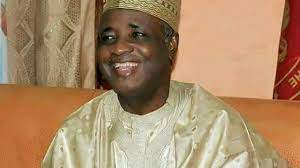 A group, Arewa Paradigm Shift, has said that the recent mass defection of the People Democratic Party’s chieftains to the opposition All Progressives Congress in Sokoto State was part of strategies of Senator Aliyu Wamakko and other stakeholders to reposition the party ahead of the 2023 general elections in the state.

In a statement issued in Kaduna, the group’s Director of Mobilization, Alhaji Adamu Musa- Illela, said the leadership of the APC had met on several occasions in the state on how to boost the fortunes of the party ahead of the forthcoming general elections in the state.

The group said, “The first move towards the repositioning agenda spearheaded by Senator Wamako was seen when Alhaji Ibrahim Gidado, Special Adviser to Governor Aminu Tambuwal, dumped the ruling PDP for the APC and declared allegiance to the APC.

“Gidado, a former member of the state House of Assembly representing Sokoto South State Constituency 1, along with his supporters defected from the PDP for lack of focus and distrust from its leaders.”

It also noted that apart from the former lawmaker, who defected along with his teeming supporters, the Chairman of the Tangaza Local Government Area of the state, Alhaji Salihu Kalanjine, along with his eight councilors, also defected to the APC in the state.

“Kalanjine, is a close associate of incumbent Governor Aminu Tambuwal, left with his loyalists and supporters, and more bigwigs of the ruling PDP are set to dump the party soon, as the Wamako and party executives improvise on existing mobilization strategies.

“It’s a new dawn in the history of Sokoto State. Opposition politics is already here as Governor Tambuwal’s Commissioner for Careers and Security Matters, Col.Garba Moyi Isa (retd), has defected from the ruling PDP to the APC, citing instances of lack of focus and trust-related issues to governance in the State,” the group added.