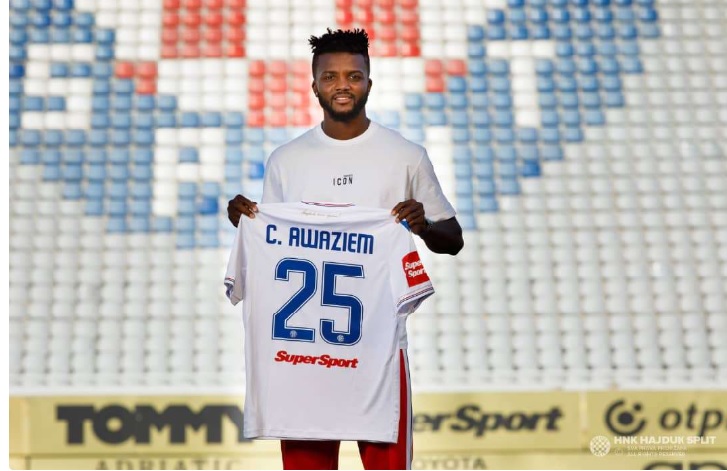 HNK Hajduk have strengthened their defensive line with the arrival of defender Chidozie Awaziem from Boavista FC.

The 25-year-old Nigeria international has moved to the Croatian outfit after penning a one-year loan deal with an option to make the contract permanent at the end of the season.

“HNK Hajduk and Boavista have agreed on a one-year loan for stopper Chidozie [Awaziem] with an option to purchase the contract at the end of the current season,” Hajduk confirmed on their official website.

“He is a player with very good technical and tactical skills and excellent physical characteristics,” Mindaugas told the same portal.

“During his career, he played at the highest level of football in some of the strongest European leagues.

“He is a standard member of the Nigerian national team. With his qualities, he will surely contribute to the quality of our defense, and he will bring a new dimension to the team. It absolutely fits into our style and model of the game considering all the mentioned characteristics, including the psychological ones.”

Mindaugas went further to reveal why Awaziem jumped at the opportunity to join Hajduk.

“From the first contact with him, we felt that he was interested in coming to Hajduk because fighting for trophies is what interests him and is his priority,” Mindaugas continued.

“He rejected many significantly more lucrative offers precisely because of this and thus proved that he is a person of character whose football development, desire to progress and play at a high quality level before finances.

“I am of the opinion that the qualities he possesses will be a significant reinforcement for our team.”

Meanwhile, Awaziem, who played for FC Porto’s B team and later the senior team, said on signing the deal: “I know that Split is a beautiful city and that the fans are very passionate and that they love football. I also like football, so we are very similar in that.

“I came to Split to give my best and to fulfil our goals.”

Awaziem launched his career in Nigeria with El-Kanemi, and in 2014 he moved to Porto’s football academy. He made his debut for the Super Eagles in 2017.
(Goal)