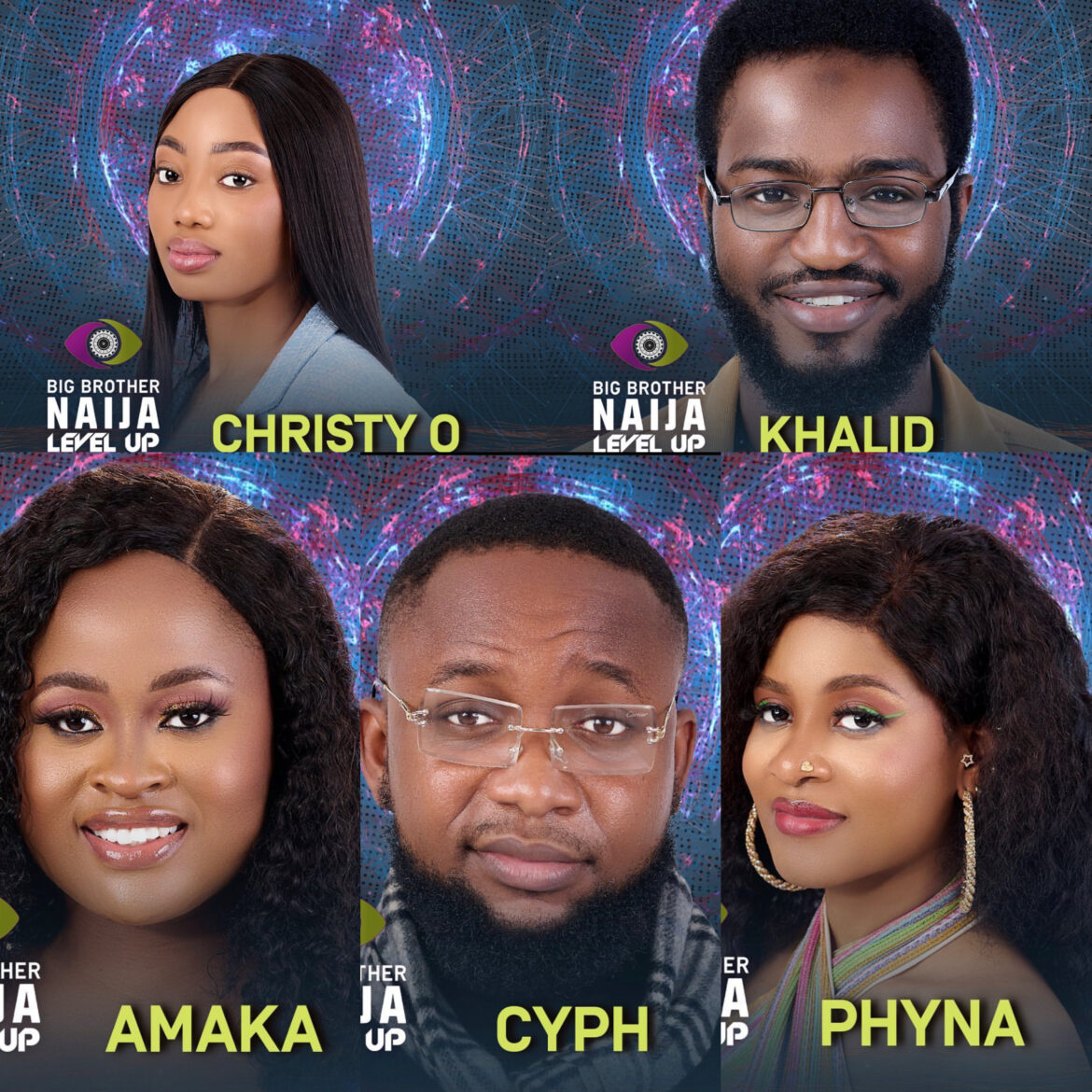 At least one housemate is expected to exit the Big Brother house this weekend.

Hermes, the week’s HoH has listed five level two housemates for possible eviction following a few minutes of consulting with his fellow level one housemates.

The housemates nominated for the week are Cyph, Phyna, Christy O, Amaka and shockingly, Hermes’ roommate Khalid. At least one of the nominated housemates is expected to exit the game.

Reactions: Expectedly, Twitter is going wild with fans sharing their thoughts on the nomination process.
(Pulse)