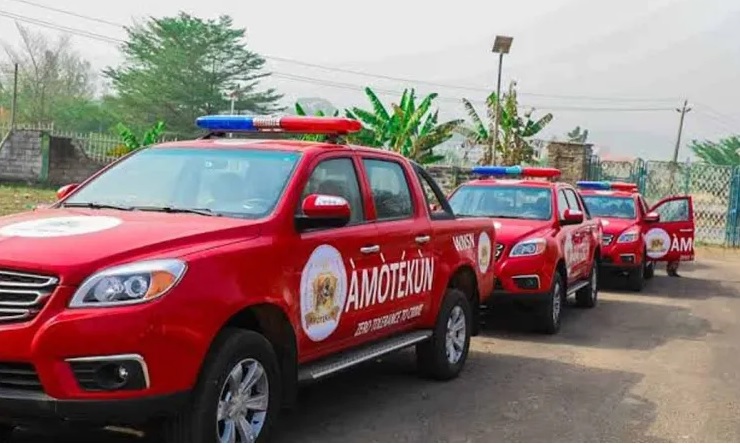 The Ondo State Security Network Agency, also known as Amotekun Corps, has arrested no fewer than 45 suspected criminals in some local government areas of the state.

The corps said the suspects were arrested for various offences, which included armed robbery, kidnapping, rape and attempted murder, among others.

Parading the suspects at the headquarters of the command, Alagbaka, Akure, the state capital, the commander of the corps in the state, Adetunji Adeyeye, said the state would not relent in its efforts to rid the state of all forms of criminalities.

According to him, the suspects were arrested by the officers of the corps in collaboration with other security agencies in the state.

He said, ”The six kidnap syndicate among the suspects use spiritual means to hypnotize people they carry on their motorcycle to unknown destination.
“We have a case of one of them that specializes in killing motorcycle riders and taking over the motorcycle, dismantling and sending out of the state. We tracked him to Ore in Odigbo and we arrested his accomplice and the ring leader escaped to Ogun State. We contacted the Amotekun in Ogun State who assisted us in apprehending him.

“We also have another group that specializes in kidnapping. They actually kidnapped a lady in Ore but we were able to get the victim out alive without ransom and we were able to apprehend the suspected kidnappers.”
Adeleye explained that the suspects would be charged to court after completion of investigation.

He noted that all the security agencies in the state had been properly briefed on the influx of “undesirable elements” to the state, stressing that the state was determined to wage war against them.
(Punch)

Strike: No Lecturer has been paid since February – ASUU president, Prof Osodeke