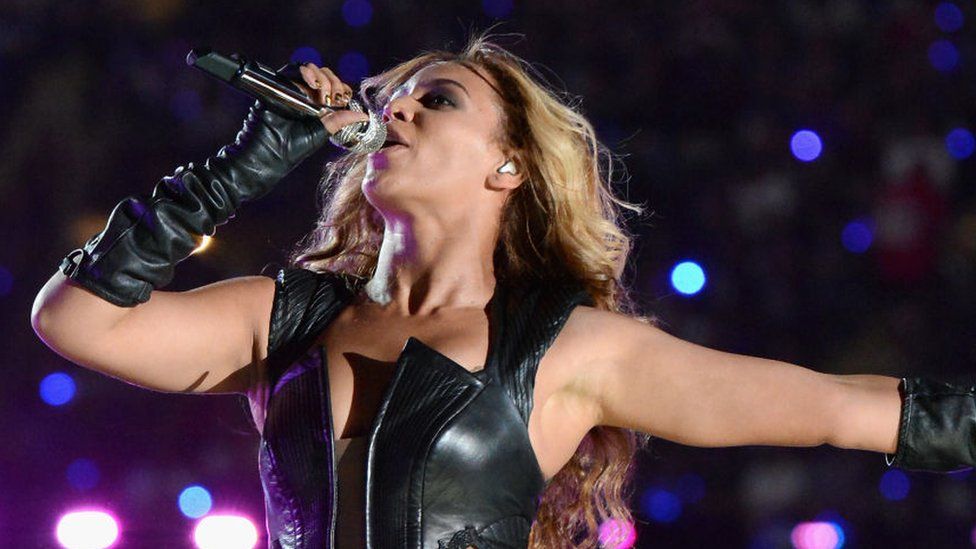 Beyoncé is to re-record one of the songs on her new album, after facing criticism from disability campaigners.

The song Heated, which was released on Friday, contained a derogatory term that has often been used to demean people with spastic cerebral palsy.

The star’s publicist told the BBC the word, which can have different connotations in the US, was “not used intentionally in a harmful way”.

It “will be replaced in the lyrics”, they added, without giving a timescale.

The backlash came just a couple of weeks after US pop star Lizzo apologized for using the same word in her song GRRRLS.
Within days, she apologized and re-released the song, omitting the offensive lyric.

“Let me make one thing clear: I never want to promote derogatory language,” she wrote in a statement posted to social media.

“As a fat black woman in America, I’ve had many hurtful words used against me so I understand the power words can have (whether intentionally or in my case, unintentionally).”

When fans heard Beyoncé’s track on Friday, it felt “like a slap in the face”, disability advocate Hannah Diviney told the BBC.

“I’m tired and frustrated that we’re having this conversation again so soon after we got such a meaningful and progressive response from Lizzo”.

Disability charity Scope had asked Beyoncé to re-record the song, omitting the insult. It welcomed the change of heart.

“There’s a feeling of deja vu as it’s just a few weeks since Lizzo also had to re-release a song after featuring the same offensive language.

“We hope this is the last time we see this kind of thing from anyone, let alone musicians with massive global influence.”

Some fans had defended Beyoncé, pointing out that the term she used can have a different meaning in the US – where it is often used to mean “freaking out” or “going crazy” (although those terms can themselves be insensitive to people with mental health conditions).

Despite the controversy, Beyoncé’s seventh studio album, Renaissance, is expected to top the charts around the world this week.

In the UK, it is currently outselling the rest of the top five combined. The lead single, Break My Soul, is also expected to top the charts.
(BBC)