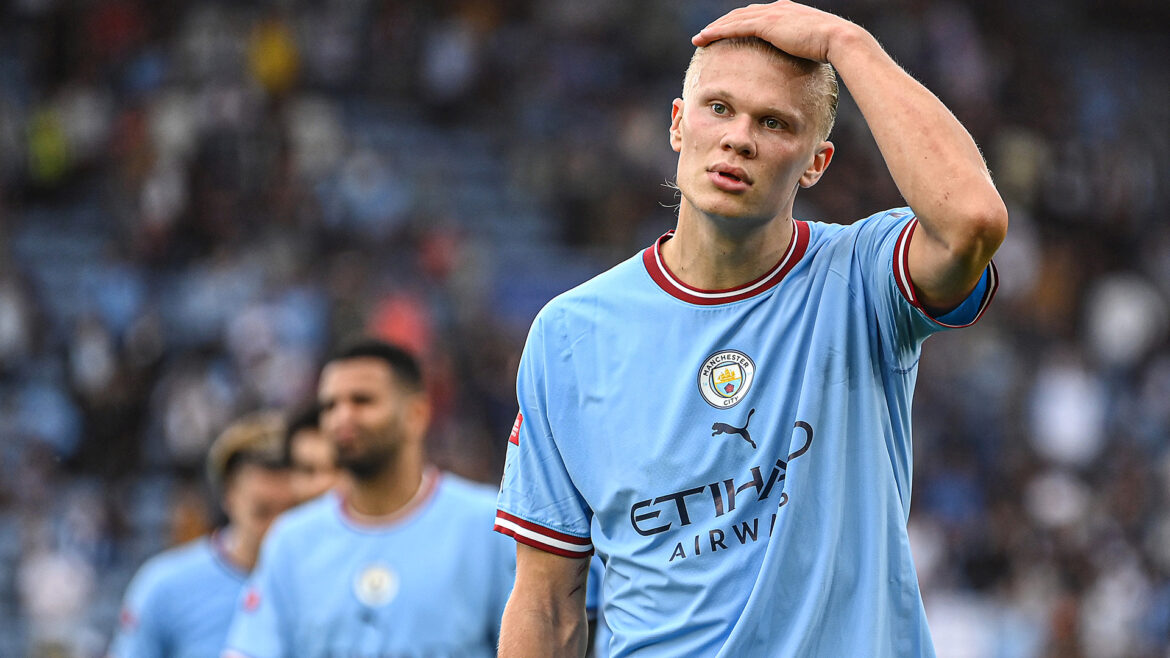 Manchester City and Liverpool are set to go head-to-head in the Premier League as the two best sides in the country once again, and Jurgen Klopp’s side have laid down an early marker with their 3-1 victory in the Community Shield.

It was something of a new-look City side at the King Power Stadium, with senior players Raheem Sterling, Gabriel Jesus and Oleksandr Zinchenko all having moved on during the transfer window, and while Liverpool also had new faces on show, the quality of the two sides remains.

For City, all eyes were on Erling Haaland, and it was exactly the debut he didn’t want; failing to convert a number of chances, not least a gilt-edged opportunity in injury time.

But while it’s a chance for early silverware missed, the focus is on next week’s clash with West Ham and the start of City’s Premier League defence.
The Winners
Julian Alvarez

Almost the forgotten man of City’s new arrivals, the Argentine’s goal made it the perfect start to his new life in England. Lethal when an opportunity came his way, the goal matched Alvarez’s strong movement off the ball. Under the least pressure of all the new faces, he could make a big impact at the Etihad.

There’s nothing like a defeat before the transfer window closes to get directors of football to loosen the purse strings. City have been without an orthodox left-back for a number of seasons and, while there is no sign of an agreement with Brighton, the signing of Cucurella would add options and depth to Guardiola’s squad.
The Losers
Erling Haaland

There was plenty of strong running and incisive movement from City’s marquee summer signing, but ultimately Haaland will be judged on goals. He had a couple of good efforts on target but missed a golden chance when he smashed the crossbar from close range late on. He will have easier games than coming up against Virgil Van Dijk on his debut, however.

Stones, Ilkay Gundogan and Phil Foden missed City’ pre-season tour to the United States, and it has left the former with a fight to get back into Guardiola’s team. The City boss convinced Nathan Ake to stick around amid interest from Chelsea and the Dutchman will be given a chance to play. With Aymeric Laporte set to miss the first month of the season through injury, it is Ake, not Stones, who looks set to partner Ruben Dias at West Ham.

New season, same old problems with VAR. The decision to award Alvarez’s equaliser took far too long, as the officials spent over four minutes deliberating. Awarding a handball against Ruben Dias was, meanwhile, the right decision under the current rules, but it was a harsh, game-changing punishment against a defender that was barely two yards away from Darwin Nunez and making an entirely natural movement.
Man City Ratings: Defence
Ederson (6/10)

No chance with any of the goals but made one fine – if painful save – to deny Darwin Nunez, while his distribution was typically good.

Had a fierce battle with Luis Diaz and stopped the Colombian from creating too much.

Unfortunate to give away the key penalty which spoiled what was otherwise a commanding performance.

Unwittingly deflected Trent Alexander-Arnold’s superb opener beyond Ederson but made a steady start on the left side of defence.

Slow start against the dangerous Mo Salah, but responded to stifle his influence and was lively supporting the attack
Midfield
Rodri (6/10)

Always a big ask to patrol the centre of midfield against Liverpool and stop their lightning breaks but was effective, other than losing one footrace with the speedy Diaz.

Amid the links with Barcelona, the Portugal midfielder says he will always giver everything to the side, and did so again, with a hard-running performance blotted with quality touches.

The Belgian has started pre-season in superb form and his quick brain led to City’s best moments as he picked out the runs of Haaland and Riyad Mahrez.
Attack
Mahrez (6/10)

Created one good opportunity himself with a clever touch but mishit his shot. As the most senior right winger now left at the club, he will have wanted to contributed more.

Guardiola said Haaland will benefit from learning what the Premier League is all about, but have could done without the misses that will be the focus of his first performance in England.

Has been lively in pre-season but against City’s biggest rivals, the winger struggled to be an influence in the final third of the pitch.
Manager & Subs
Guardiola (6/10)

The City boss gives his players a longer summer than most but started with a strong line-up to be ready for the new season and bringing on Phil Foden and Alvarez brought his side back into the game, although attacking switches made them more vulnerable on the break.

Was extremely sharp when he came on and pounced to smash in City’s equalizer even if celebration was spoiled by the fact that Guardiola was giving him intense instruction when VAR awarded the goal.

Looked desperate to get involved in his first senior appearance of pre-season and his clever run led to City’s equaliser.

Typically tidy performance in the center of midfield but no late-match dramatics on this occasion.
(Goal)