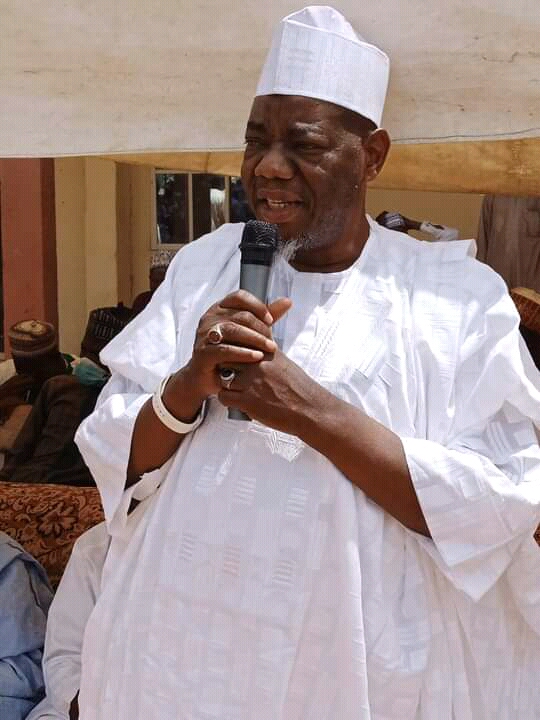 The Executive Chairman of the State Universal Basic Education Board Sokoto, Alhaji Altine Shehu Kajiji has pledged to collaborate with members of High Level Women Advocates, HILWA, to enhance the enrollment of girl child in schools. around the state .

Kajiji made the pledge when he received in audience Executive Members of HILWA on a courtesy visit to his office.

He said the collaboration became imperative as both SUBEB and HILWA share the same goal of enrollment of out of school children to acquire western, and Islamic education.

According to him, there is nothing better than education in the society, hence the need for all to join hands to complement the efforts of the present administration in the enrollment of school age children.

He said Sokoto SUBEB under his stewardship would remain focused and committed to partnering with any association or non governmental organization willing to contribute to the development of basic education in the state.

Kajiji reiterated that, henceforth, SUBEB would engage HILWA in all its activities.

He said HILWA has a great role to play in mobilising the women on the significance of educating their female wards.

He, however, informed members of HILWA that the board through its Better Education Service Delivery for All, BESDA Project, has concluded arrangement for the establishment of 76 post literacy women skills acquisition centers across the state where female dropped outs would be allowed to continue with their education and at the same time learn trades of their choice for self reliance.

Kajiji offered HILWA the opportunity to suggest three locations of their choice for the establishment of such centers.

Earlier, the State HILWA Chairperson, Hajiya Kulu Sifawa told the Executive Chairman SUBEB that their visit was aimed at intimating the board of their activities, and to seek areas of collaboration.

Hajiya Sifawa who is also the Commissioner for Women and Children Affairs, said HILWA was established to complement government effort in improving girl child education as well as seek the involvement of female elites in the scheme of things.

She, therefore, requested for the establishment of school pad banks to fill the gaps and address the challenges of menstruation among girls in schools.

The overall objective she noted is to increase access, attendance, and participation in learning for adolescent girls in Junior Secondary Schools.

Fixing a country with destroyed immunity, by Hassan Gimba