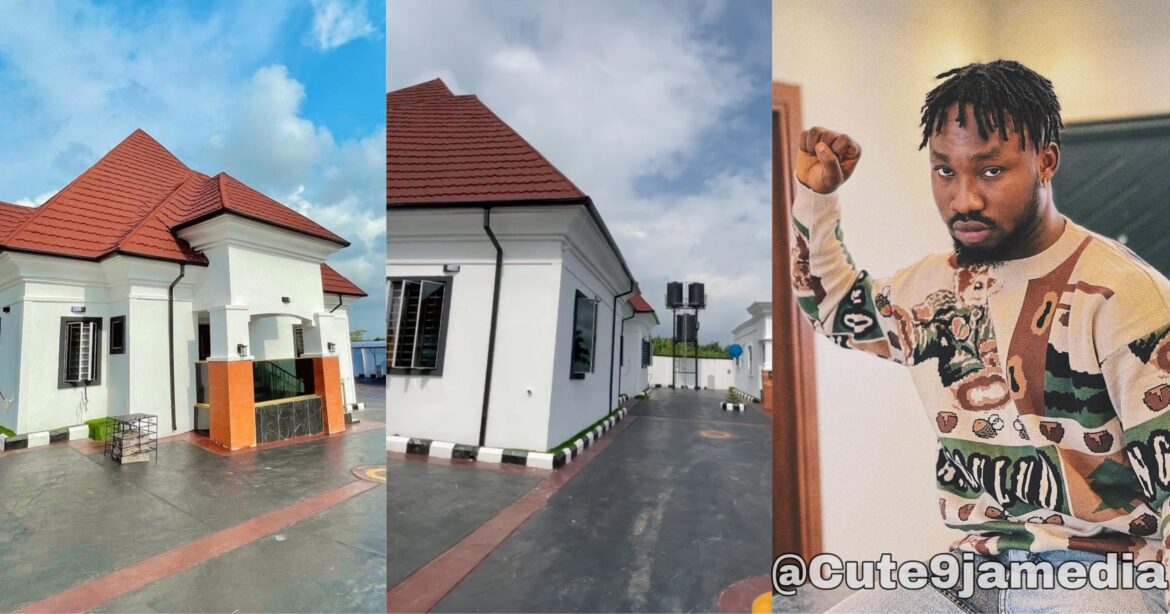 Popular skit maker, Sunday Joshua Martins better known as DeGeneral has built a luxurious house for his parents.
The comedian has decided to put joyous smiles on the faces of his parents as he builds them a marvelous house.

The announcement was made by some of the comedian’s friends who interviewed him.

His friends had thought the house was for himself, but he informed them that it was just for his parents and the one he would build for himself would be bigger than this.

“This is not for me, it’s for my parents,” he said.
Social media users react

“I pray every child trying to make their parents happy achieve it.”

“Wow!! The house is really beautiful, congratulations to him.”

“Our parents will be alive to see the fruit of their labour.”

“Na so may our parents eat the fruits of our labour. Amen.”