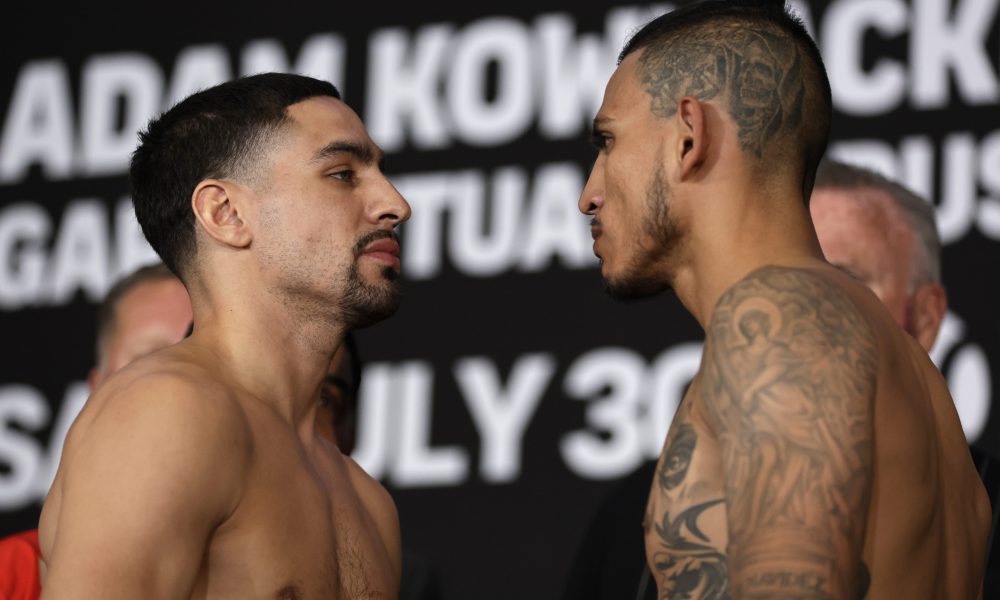 The latest boxing updates starts with the former Super lightweight unified champion of the world, Danny Garcia who will tonight be slugging it out with José Benavidez Jr. in the 140-pound division. García is looking to take on a different weight class, searching for new opponents and he’ll start against the brother of former two-time WBC’s Super middleweight champion David Benavidez.

José Benavidez Jr. is a former world championship contender, who lost by TKO against Terence Crawford in 2018, he’s had just one more fight since then, it was last year when he faced Francisco Emanuel Torres, the fight ended in a draw, in what was Benavidez’ first fight in the 154 pounds division.

This fight which will take place at the Barclays Center in Brooklyn, New York, will be the night’s main event, the card begins at 9:00 p.m. EST, which will be 2:00 am Nigerian time. The other fights for the night will be the following:

The only blemish on Claressa Shields’ boxing record happened a decade ago when Shields was a 17-year-old amateur, but it’s back in the news because the two-division professional titleholder will be traveling to face her lone conqueror – Savannah Marshall – on September 10 at O2 Arena in London, England, Marshall’s home country.

The fighters have exchanged heated face-to-face trash talk multiple times leading up to the fight, including at a press conference early this month. Shields doesn’t think much of Marshall’s accomplishments as a professional even though she’s unbeaten, suggesting that the quality of her opponents has a lot to do with her record.

Last but not least boxing news is the Commonwealth Games boxing tournament which is taking place at the NEC in Birmingham.

It’s set to be an electric atmosphere when the boxing tournament gets underway in Birmingham. Boxing has been a part of the Commonwealth Games program since 1930 and it’s England who have dominated with 128 medals (60 golds), while Canada is in second with 88 overall medals and 25 golds.

The tournament begins on 29 July and ends August 7. The Nigerian boxers in the commonwealth this year and their bouts are as follow:

Today, Saturday will be:

Shogbamu Bolanle will face English Jodie Charlotte Wilkson at Women Light-middleweight 70KG for a round of 16.

Adeyinka Benson will clash with Ghanaian Abubakari Kwesi Quatey in men Middleweight 75KG for a round of 16.

Innocent Ehwarieme will face English Aaron Bowen in men Light-heavyweight 80KG for a round of 16.

Elizabeth Oshoba will challenge New Zealander Erin Walsh at women featherweight 57KG for a round of 16.

Jacinta Umunnakwe has been given automatic win over her opponent Mele Ula at Women Middleweight 75KG to qualify to the Semifinal stage. Jacinta is the first Nigerian to win medal in the ongoing commonwealth games. Jacinta next bout will be on 06, August, 2022.

Ifeanyi Onyekwere will  fight with  Canadian Marcel Jerome Mouafo Feujio in men Super-heavyweight Over 92KG in the Quarter-Final 2.