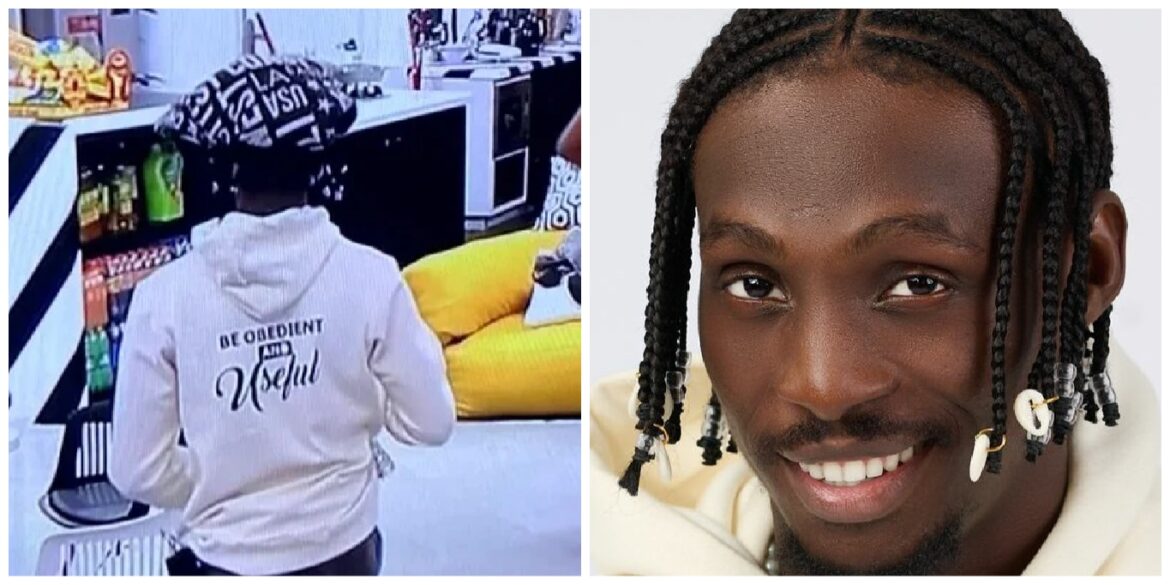 The week’s Head of House, Eloswag is trending on Twitter for his Thursday outfit.
In viral clips making the round, the housemate spots a sweatshirt with the inscription ‘Be Obedient and Useful,’ a term popular among supporters of Labour Party’s presidential candidate Peter Obi and his running mate Yusuf Baba-Ahmed.

Expectedly, fans of the show have tagged the outfit to be Eloswag’s attempt to communicate to Obi’s supporters who follow the show.

While the show’s organizers are yet to comment on the viral reaction, the show prohibits the housemates from making political commentary or campaigns.

It still remains unclear if Eloswag’s sweatshirt contravenes the regulation especially as it does not use the popular wordplay used by online followers.
(Pulse)

#BBNaija: “I have spent more nights in police custody than #BBHouse” – Helmes