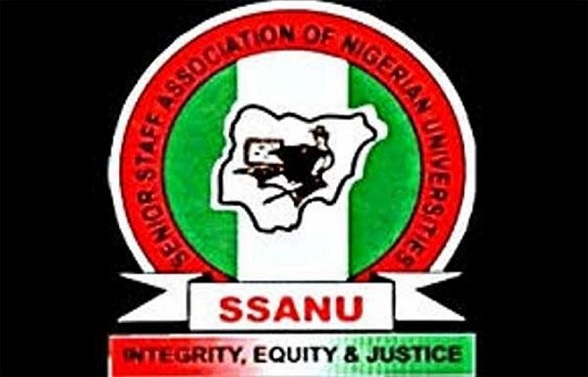 Senior Staff Association of Nigerian Universities (SSANU) has urged the Federal Government to ensure pay parity with a common salary structure for university workers to end strikes and enhance industrial harmony in the education sector.

Chairman, Federal University, Lokoja (FUL) chapter of SSANU, Comrade Adedeji Kazeem Suara, made the call at a Press Conference organized by the union at the College of Health Sciences, Adankolo Campus, Lokoja.

The Union maintained that the setting up of various Renegotiation Committees had been lopsided for a long period as members had been drawn from one particular union at the detriment of others.

Suara decried a situation where a committee would recommend between 108 per cent – 180 per cent for teaching staff and an unreasonable 10 per cent for their non-teaching counterparts.

“This and other preferential policies, operations of different pay platforms for university workers were part of the challenges necessitating prevalence of strike actions in the sector.”

Suara noted that the Prof. Nimi Briggs Committee made it clear to SSANU from the onset that its Term of References did not include renegotiation of Salary increment.

“But we were dumbfounded to read in the Media about Nimi-Briggs Committee’s wide differential proposal for salary review for the university staff, with a disparity of between 108 per cent – 180 per cent for teaching staff and an unreasonable 10 per cent for their non-teaching counterparts,” he said.

Suara added that the 10 per cent proposed increase in salary was unacceptable and inhumane adding, “We will explore all means at our disposal to ensure justice is served.

“Consideration should be given to Retired Judges, Retired Bursars and Registrars, Retired Labour Leaders and so on”, he said.

The Union also called on the Federal Government to make available to the public, the reports of integrity tests carried out by National Information Technology Development Agency (NITDA) on three pay platforms saying that the report was crucial to resolving the ongoing strike.

SSANU also demanded immediate stoppage and reversal of the taking-over of headship positions of the non-teaching departments by the teaching staff.

They equally urged the Federal Government to upgrade its funding for Nigerian universities for optimal performance and to enable them to compete within the global cycle and as well, upend foreign education tourism at expense of local universities.

It would be recalled that the Joint Action Committee SSANU and SSANU went on strike from April 28, to bring the Federal Government back to the renegotiation table and drive home their demands.

SSANU commended the Labour Minister; Sen. Chris Ngige for turning down the Nimi-Briggs Committee Report and applauded the Nigerian Labour Congress (NLC) for standing by the university-based unions at this critical time.