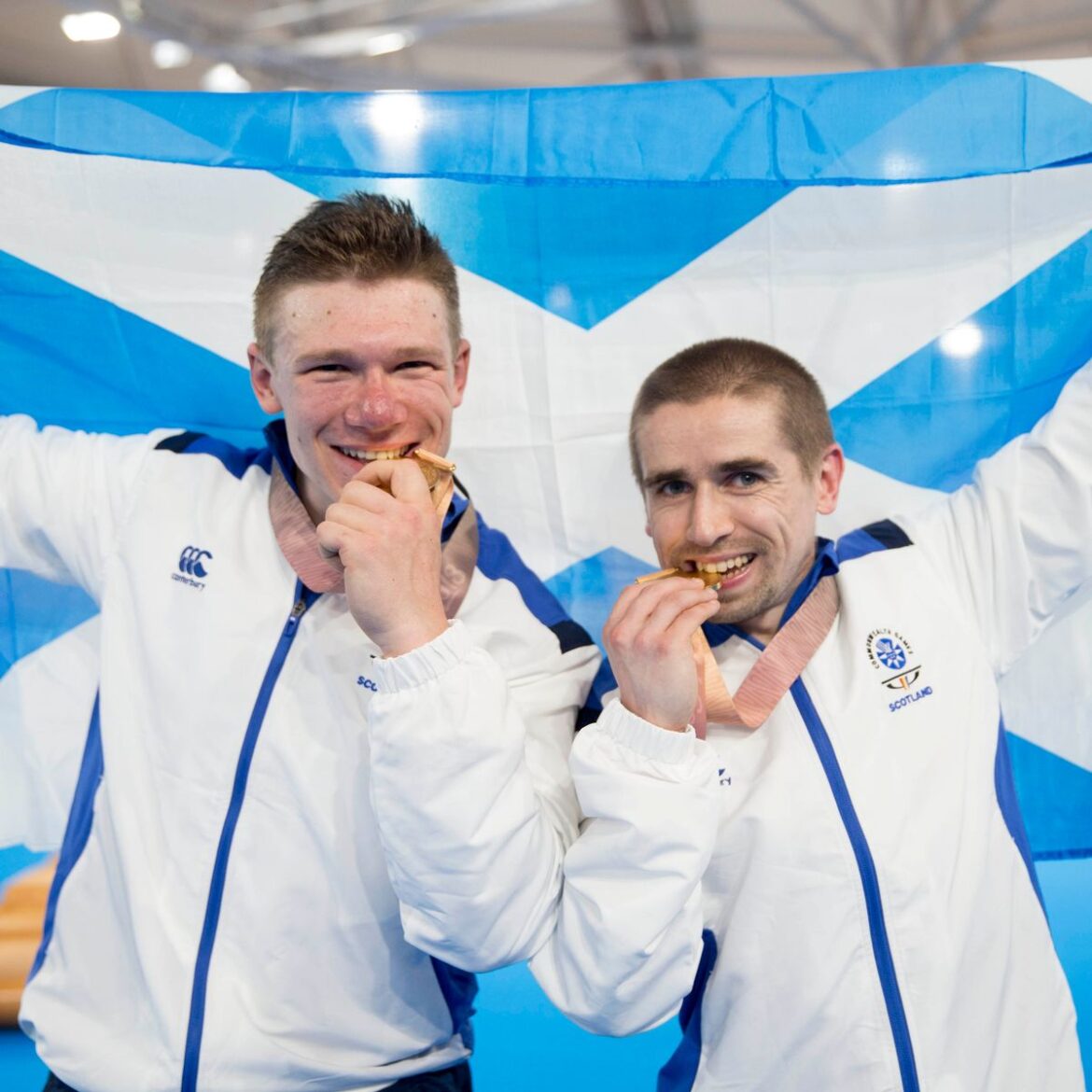 Para-cyclist Neil Fachie won Scotland’s first gold medal of the Commonwealth Games as Laura Kenny spearheaded England to team pursuit bronze on the track where she made her name.

Kenny, Josie Knight, Maddie Leech and Sophie Lewis beat Wales by almost two seconds, clocking four minutes 17.096 seconds, to earn their spot on the team pursuit podium, having missed out on a place in the gold medal final.

The track cycling is taking place at the Lee Valley VeloPark in London, where the 2012 Olympics were held exactly 10 years ago and where Kenny won the first two of her Olympic titles.
“It’s been brilliant. I don’t think I have ever felt so much pressure to win a bronze medal in my life with a younger team,” 30-year-old Kenny told BBC Sport.

“I was a whole bag of nerves to help them win and get a taste of medals I’ve had in the past.

“To be totally honest I’ve been the weak link in the last two rounds.”

Despite her extensive silverware collection, Kenny’s medal was only her second at the Commonwealth Games, having won points race gold in 2014. She will also compete in both the points race and scratch race at these Games.

A new Games record was also on the agenda in the men’s team sprint final, as Australia won gold in 42.040 seconds to beat England’s Ryan Owens, Hamish Turnbull and Joe Truman.

That followed the Welsh trio of Lowri Thomas, Rhian Edmunds and Emma Finucane winning bronze in the women’s team sprint, seeing off Australia as New Zealand beat Canada to gold.

Fachie ‘so, so proud’
Fachie’s gold was his fifth Commonwealth title, bringing him level with lawn bowler Alex Marshall as Scotland’s most successful Commonwealth athlete.

Fachie has never lost a race at the Commonwealth Games.

Fachie is Scotland’s ‘Mr Unbeatable’
“It’s something I’ve spoken about for a while, as you can hear my voice has gone. I’ve been quite ill and that made that all the more tough,” he told BBC Sport.

“But I was determined to win for Scotland, for my family, my wife and my baby to come. I’m just so, so proud.

“I came into this knowing it would take something super-human. I’m not getting any younger and I am having to get quicker.”

However, they were not presented with their medals because of a rule which states bronze medals are not awarded in events with only four entries, as was the case with the women’s tandem sprint.

Unwin and Holt later posed on the podium with medals which BBC Sport understands were borrowed from their team-mates in the team pursuit.

It is also understood Team England has raised the issue with the Commonwealth Games Federation.

Beckham and Ronaldo – what are you doing here?
There were some familiar names on the start line of the men’s team sprint qualifying earlier on Friday, but not as you may expect.

David Beckham Elkatohchoongo and Ronaldo Laitonjam were part of the Indian trio competing, and we’ll be seeing plenty from them as the Games go on.

The pair, aged 18 and 20 respectively, are also set to compete in the men’s individual sprint, 1,000m time trial and keirin.

Confusingly, Laitonjam is actually named after Brazil superstar Ronaldinho, whose real name is Ronaldo de Assis Moreira. He was born the day after Ronaldinho scored his famous free-kick against England at the 2002 World Cup.