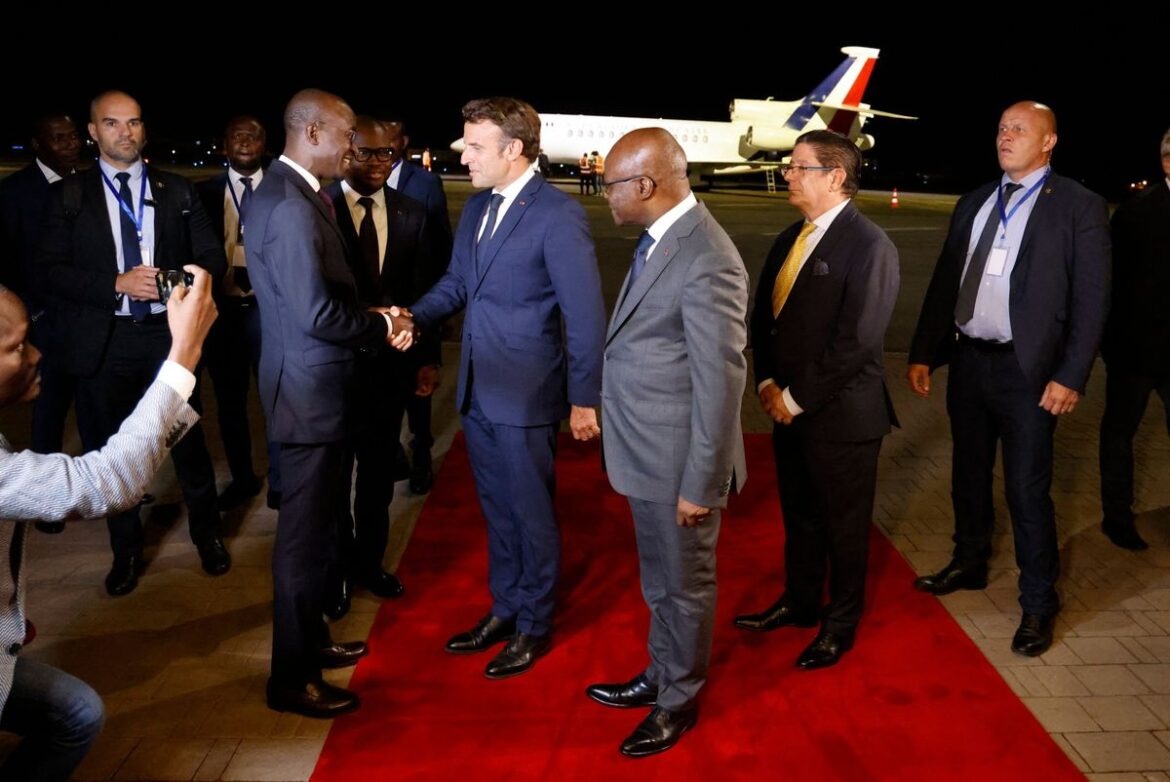 Macron arrived Wednesday evening in Guinea Bissau for the first official visit of a French head of state to West African.

The French head of state was received at the Osvaldo Vieira airport in the Guinean capital by his Guinean counterpart, Umaro Sissoco Embaló.

After meeting with the president of the French Republic, Emmanuel Macron twice in Europe this year, this visit makes it the third time they are meeting this year and the first time for Macron in Bissau.

This business visit comes as, Umaro Sissoco Embaló, assumed on 3 July, the rotating presidency of the Economic Community of West African States (ECOWAS) for a one-year period.

President Macron’s visit is highly anticipated as the streets were full of people chaanting his name and waving flags in a bid express their delight and support in his visit.

This historic occasion also comes at a time of turmoil for this small West African country, which is plagued by political crises. In May, Umaro Sissoco Embalo announced the dissolution of parliament and the calling of early parliamentary elections by the end of the year. This followed a few weeks after a new coup attempt on 1 February, in which 11 people were killed according to the government.

Instability and poverty have favored the presence of drug traffickers, who use the territory to transport cocaine from Latin America to Europe, with the suspected complicity of army officials. Umaro Embalo presented the February 1st coup as directly linked to drug trafficking.