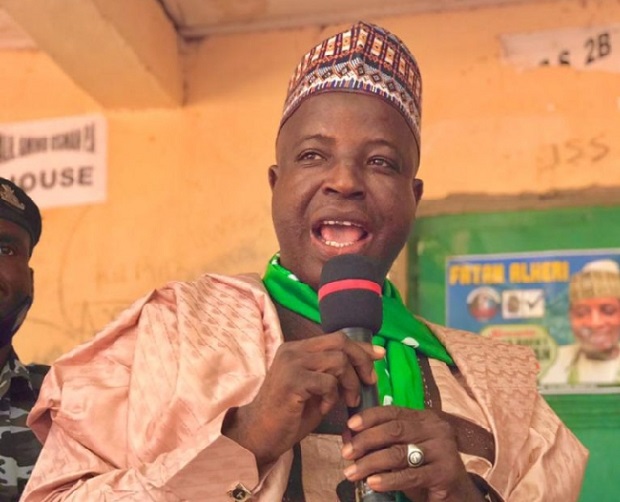 The Jigawa state All Progressive Congress (APC) has berated the Senators who seek impeachment of president Buhari, describing the move as unhealthy and nefarious to Nigerian democracy.

The State Chairman, Hon Aminu Ahmed Gumel stated this while reacting to the call made by some senators for the impeachment of the president.

He said, what is needed now from Senators, and all Nigerians are to unite and join hands together to fight and push out those miscreants, terrorists, and their sponsors who unleashed their terror in the country.

The Chairman added that it is a shame for the opposition Senators who walked out from the Senate Chamber on Wednesday instead of them to stay and give their contribution on the best way for tackling the huge challenges militating the country.

“What we need is unity and progress, how to build a strong and resilient economy, strong democratic institutions, how to conduct a free and fair election and peaceful transition, this what our senators need to discuss not impeachment threat.

“What opposition Senators did at the chamber is a clear testimony that their parties lack people’s confidence and acceptability, so they are afraid of 2023 general election, therefore, they now thought to embark on empty threat and smearing campaign against President Buhari at the detriment of the country democratic survival.

“Those who do not mean well for the country have already failed and they will continue to goop in their ill wish on Nigeria and Nigerians,” he declares

Hon. Ahmed maintained that President Buhari and the APC are committed to ensuring unity, peace, and sustainable social and economic development in the country, and they will certainly succeed against all odds by God’s grace.

The APC Chairman then called on the good people of Nigeria to continue supporting the APC government with prayers and well wishes in its quest to deliver the country to promising land.

Kano: CHRICED Urges CSOs to Advocate for Passage of MNCH Bill into Law