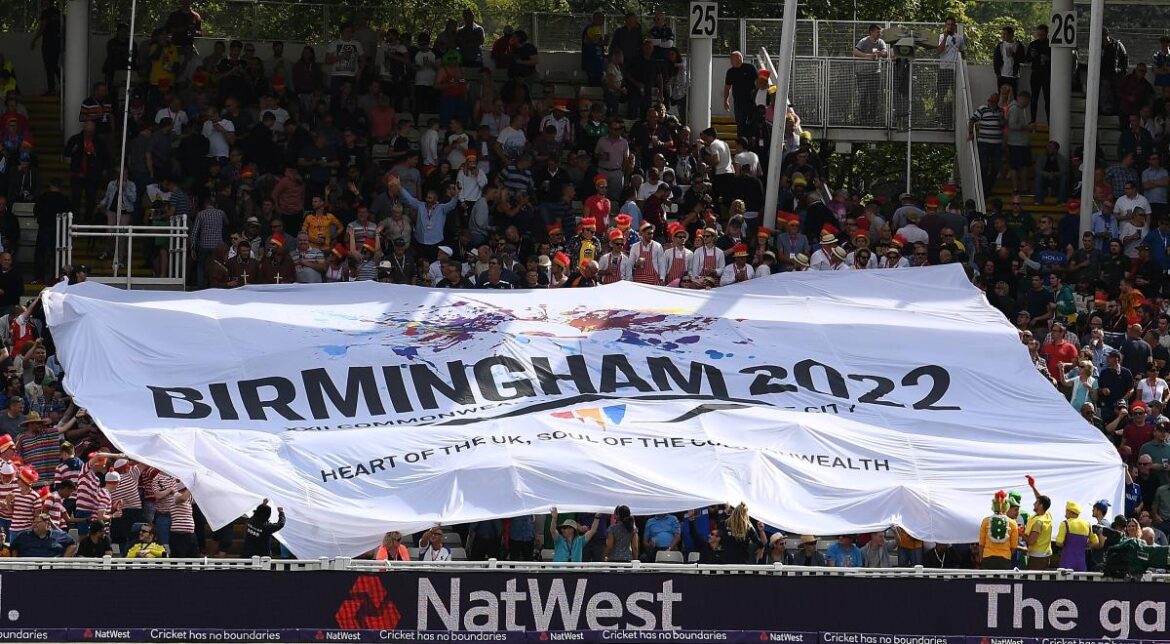 Over the next 12 days, Birmingham will welcome 72 teams and about 6,500 athletes and officials to compete in the biggest sporting programme in Commonwealth Games’ history.

The Games will feature more medal events for women than men – 136-134 – the first time this has been the case at a major multi-sport event.

There are also a record 42 Para-sports events at the Games.

The live action gets under way on Friday morning and among the new sports to be showcased are women’s Twenty20 cricket, three-on-three basketball and mixed synchronized swimming.

It is due to be the best-attended Games with 1.2m tickets already sold.

The action will take place in 15 venues across the West Midlands with one – track cycling – at the Lee Valley velodrome in London.
British Olympic stars Laura Kenny and Adam Peaty will race in cycling and swimming events for England, while Geraint Thomas, who finished third in the Tour de France, rides for Wales as the home nations countries compete individually.

Jamaican sprint superstar Shelly-Ann Fraser-Pryce, fresh from her 100m world title, will attempt to add individual Commonwealth gold to her glittering collection.
Ariarne Titmus, who did the 400m-800m freestyle double at the Tokyo Olympics, will compete in the pool for Australia.

A modern Games with familiar forces at work
New names will emerge and new ideas will be floated as well.

At the end of the Games, in Birmingham’s International Convention Centre, Commonwealth nations will battle it out in a pilot event.

After 10 days of in-person action though, the pitches will be virtual and the battlegrounds out in cyberspace. Esports’ arm’s-length debut has divided opinion, but will attract plenty of interest.

It is expected that there will be something more familiar about the medal table’s final look.
On home soil four years ago, Australia topped the standings with 80 gold medals and 198 trips to the podium in all. England were a distant second with 45 golds, ahead of India and Canada with 26 and 15 respectively.

Wales will hope to build on 2018 when they enjoyed their most successful Commonwealth Games with 10 golds.

Laura Muir and Duncan Scott, world and Olympic medallists in athletics and swimming respectively, lead a Scotland team with aspirations to go better than the nine golds they picked up on the Gold Coast.

Gymnast Rhys McClenaghan, who won Northern Ireland’s sole gold last time out, has overcome a potential block on participating to defend his pommel horse title.
A Commonwealth with less in common
Once all the duels are done and the medals dished out though, the biggest question will be whether Birmingham – Europe’s youngest city with nearly 40% of its population aged 25 or under – has injected new life into an old concept.

The Commonwealth Games began life in 1930 as the British Empire Games. Now, the legacy of Britain’s Victorian-era expansion and exploitation is coming under scrutiny.

In March, the Duke and Duchess of Cambridge were warmly welcomed to Jamaica by Fraser-Pryce and double Olympic champion Elaine Thompson-Herah. But the country’s Prime Minister Andrew Holness was clear that he wants independence. And soon.
The sounds of protest mixed with welcome during that royal visit. It could continue during the Games. In contrast to the Olympics, Organisers have given athletes the freedom to “make positive expressions of their values” on the field of play and podium.

In the years since 1930, the Commonwealth and the Games have evolved into something different and distinct from Empire. Competing in Birmingham, will be athletes from Rwanda and Mozambique, two nations that were never part of the Empire.

A 65-strong Barbados team will take part in their first Commonwealth Games since the Caribbean nation replaced the Queen as its head of state in 2020.

Sports Minister Nigel Huddleston accepts that the world around the Commonwealth Games is changing, but says their relevance endures.

“The Commonwealth still has resonance and value, particularly in a diverse city like Birmingham where there’s a lot of people who have come from the Commonwealth,” he said.

“It does have meaning. It might not be what it was in the past, but it’s evolving and changing, and that focus on values and what can unite us is key.”

The Games will need to keep evolving, not just to out-run history, but also to keep pace with the present.

The first Games, staged in Hamilton, Canada, promised to be “free from the excessive stimulus and the babel [sic] of the international stadium”.

“They should be merrier and less stern, and will substitute the stimulus of novel adventure for the pressure of international rivalry,” added the mission statement.

Space in the sporting calendar is more squeezed now than it was a century ago though – the World Athletics Championships finished on Sunday, the cricket season is in full swing and the Premier League football season starts on 5 August.

Is there still room for “merry” sport when grudges and spats sell seats and subscriptions? Can any stimulus be “excessive” in a world of competing bells, whistles and screens?

Birmingham will need all its verve and energy and every star to shine bright.

If it does, then it could prove there is still a place for a curious, and unique slice of sporting competition.
(BBC)