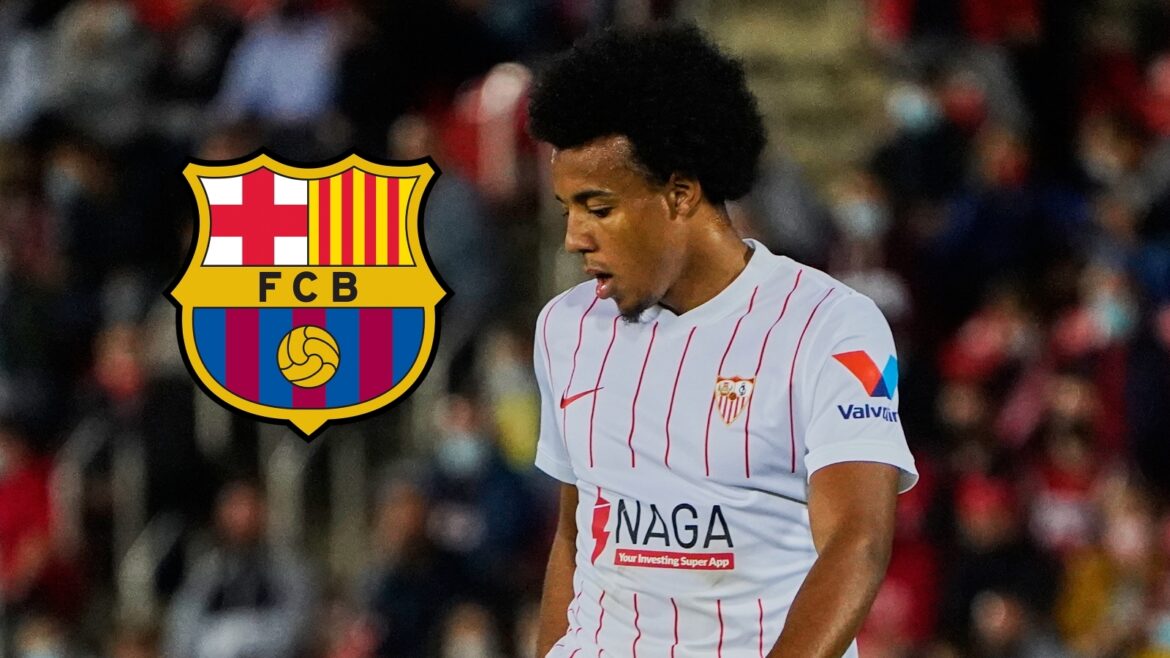 Barcelona are set to beat Chelsea to the signing of Sevilla center-back Jules Kounde as the defender will seal his move to the Camp Nou once completing a medical and officially signing a contract.
The Blaugrana had already beaten the Blues to Raphinha and Robert Lewandowski, re-signed Ousmane Dembele amid interest from Stamford Bridge and signed Andreas Christensen from Thomas Tuchel on a free deal.

Xavi now has 23-year-old Kounde to further shape the future of his defence as stalwarts such as Gerard Pique and Jordi Alba progress into the latter stages of their careers.

Kounde, courted by Chelsea since last summer, had been with Sevilla since 2019 and has made close to 100 Liga appearances.
He can play right-back in addition to centrally, and that former role may be his manager’s preference in his first season.
How much will Barcelona pay for Kounde?
Barcelona will pay Sevilla an initial fee of €50 million (£42m/$50m), plus up to €10m (£8.3m/$10.2m) in add-ons.

What is Kounde’s Barcelona contract?
Kounde is set to sign a four-year contract that will keep him at Camp Nou until at least 2026 upon the completion of his medical.

Where will Kounde play for Barcelona?
Kounde spent the majority of his time at Sevilla playing center-back, but he also carries experience at right-back.

Xavi will have several difficult decisions to make at the start of the campaign that will influence where Kounde plays. If the head coach trusts Sergino Dest to defend out wide, then Kounde could play in the middle next to Ronald Araujo and ahead of Christensen, Pique and Eric Garcia.

Alternatively, Kounde could be used at right-back with Christensen starting at center-back.
Have Barcelona won the transfer window?
Barcelona have been busy this window, signing Kounde, Raphinha, Christensen, Lewandowski and Franck Kessie. They also agreed a new contract with Dembele, who many had expected to depart after his old deal expired at the end of last season.

Xavi may not be done strengthening his squad, as Chelsea’s Cesar Azpilicueta and Marcos Alonso are being targeted.

Meanwhile, the Blaugrana sold Philippe Coutinho to Aston Villa and are in talks with Manchester United regarding the possible sale of Frenkie de Jong.