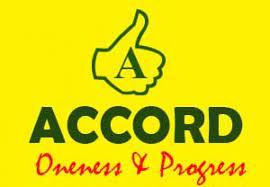 Sokoto state Gubernatorial Candidate of the Accord Party, Alhaji Ibrahim Muhammad Liman Sifawa has expressed dismay for the nonappearance of his name and personal particulars alongside other candidates of the party standing in 2023 elections in the state.

Liman Sifawa at a press conference said the way and manner in which his name and those of other candidates of the party have not appeared on the Independent National Electoral Commission (INEC) list is yet to be ascertained.

He said the National and state Headquarters of the party are fully aware of the unfortunate development and are working to find out what went wrong on the day of submissions of candidates’ names and their particulars to INEC.

The aggrieved Accord Party gubernatorial candidate however urged his supporters to remain calm and peaceful pending the outcome of their findings from the party headquarters and INEC.

“We followed all necessary steps and specifications of both INEC and Accord party governing the presentation of aspirants including primary elections, filling of relevant forms, affidavit and presenting same to the National Accord headquarters in Abuja accordingly.

“Our mission is to revive the political culture of the country, characterized by corruption, indiscipline, and irresponsibility, and to bring positive change which we knew is not an easy thing, hence the beneficiaries of a corrupt system will stand against it at all cost”

“We should reverse our focus from personal to the public interest and the development of humanity.

“We are ready to provide the necessary leadership with the support and cooperation of all Nigerians and we are optimistic that victory is certain as God always supports whoever strives in his way and he, will never let him down,” Sifawa added.

Tems Has Been Nominated For An MTV Video Music Award!