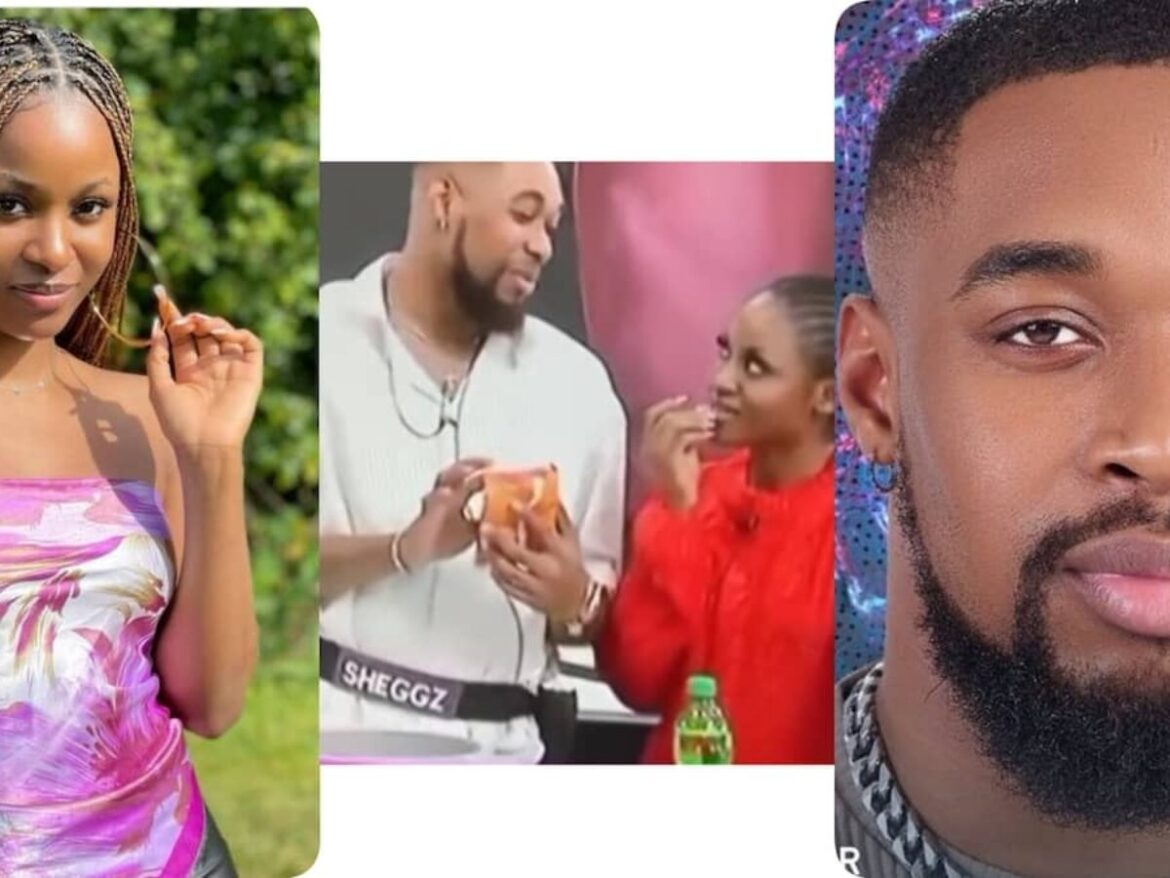 The ongoing BBNaija season 7 show is beginning to get more and more interesting as the housemates have gradually started forming ships.
Housemate Shaggz has formerly told follow Level 1 housemate Bella who is another housemate that she can win him and also the BBNaija season 7 grand prize.

The two housemates’ ship is the best so far in the house even though it is not fully confirmed the viewers have already shipped them together.
Sheggz and Bella cannot get enough of themselves as they’ve been seen always together in the Big Brother house, discussing marriage and the future.
They also discussed growing deep connections with each other.

Shaggz Says Bella can win both Him and Biggie’s Grand Prize
In a recent chat between the two, Bella opened up to Sheggz about her mission in the BBNaija season 7 show. She said that she was in the house for only one mission and that is to win the grand prize of 100 Million Naira.

Sheggz replied then said that she has what it takes to win two prizes, the grand prize and him too, viewers are now asking if it means he is taking himself out of the race for the grand prize.

See their conversation below…

Bella: I came into this game with a mission Sheggz: You can’t just end it like that, go on. Bella: I came to win the prize

Sheggz: You can win two prizes…

Bella: And what’s the other prize?

Sheggz: Me of course