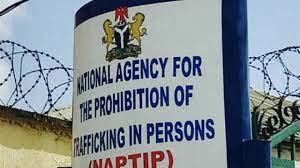 The National Agency for the Prohibition of Traffic in Persons (NAPTIP) says it is prosecuting 52 cases of human trafficking and related offenses in Borno, Adamawa, Gombe, and Yobe states.

This was contained in a statement, Monday, by the Zonal Commander, Mansur Ahmed as part of activities to mark the 2022 World Day Against Human Trafficking on July 30th in Maiduguri.

According to the statement, the theme for this year is: “Use and Abuse of Technology, which addresses the role that technology has played and is still playing in promoting and impeding trafficking in persons.”

It also revealed that the cases comprised 44 in Borno, two in Gombe, and three each in Adamawa and Yobe.

The statement further said since the establishment of its zonal office in Maiduguri in 2009, the agency rescued, counseled, rehabilitated, and re-united 557 victims.

“The zone in collaboration with International Organisation for Migration (IOM) empowered victims of Trafficking in Persons (TIPs) with livelihood and skill acquisition support materials,” the statement added.

According to the Zonal Commander, the agency is effectively carrying out its role and response to human trafficking through the use of new trends, abusing technology, and adopting of Prevention, Prosecution, Protection, Partnership and Policy (5Ps) strategy to achieve its mandate.