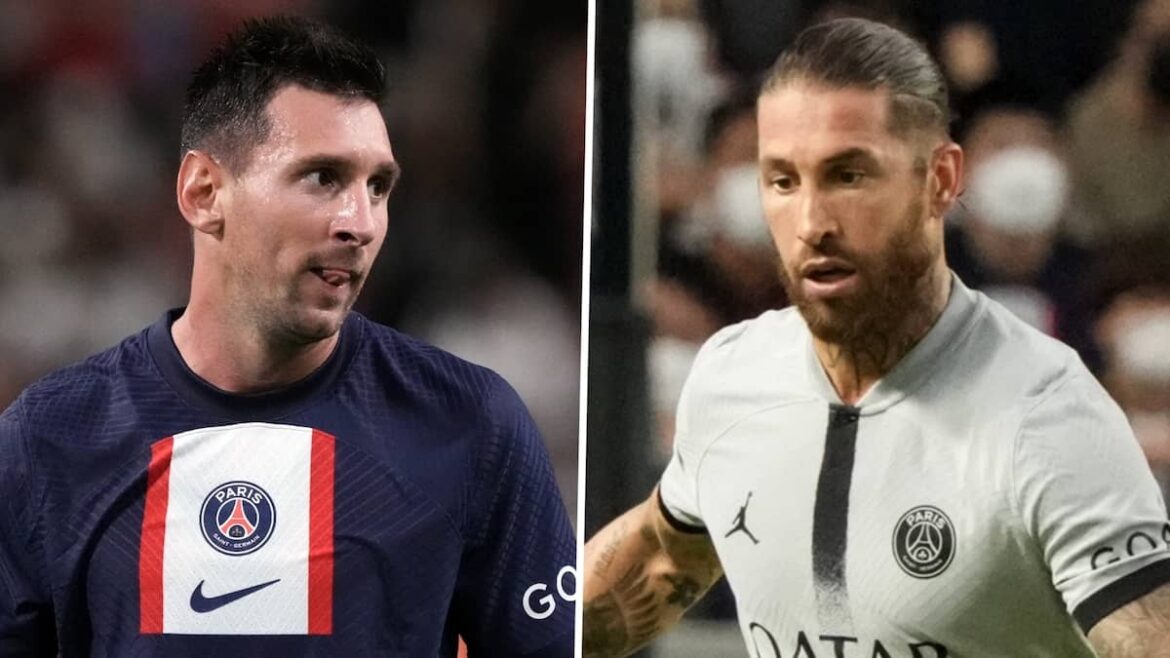 It was trouble yesterday in the training camp of Ligue 1 champions PSG as two of their key players got engaged in a heated argument. Lionel Messi and Sergio Ramos are in an argument during their training session.

The Ligue 1 side had the two players in an argument in their pre-season training session in Japan. Lionel Messi scored the goal which handed his team the title but only managed 11 last season which was his lowest return since 2005-06.

Sergio Ramos on the other hand was hampered by injury after arriving from Real Madrid and played just 13 games for Les Parisiens. The two teammates went head-to-head in training as PSG continue their preparations for the first season under their new head coach Galtier.

Messi and Ramos Fight, What Led to the Fight
And there was no love lost between the former rivals – who have been at pains since arriving in France to show the world that there is mutual respect between themselves +in the Far East, despite them now playing for the same club.

PSG have been in Japan for their pre-season programme, winning three matches out of three. Messi scored two goals in those wins, including a first-half effort in a 6-2 triumph against Gamba Osaka.

Galtier’s squad have also been treating supporters to open training sessions. But, things got a little hairy in one of these, with Ramos incurring the wrath of his colleague.

During the training, Messi dribbled past Ramos and he was seen trying to catch Messi but the Argentine escaped and scored. The goal made fans to applaud the seven times Ballon d’Or winner but it gave Ramos a stern look and he went to exchange a few words with him.
(Everyevery)