Terrorist Video and the Presidency’s Truant of Tact 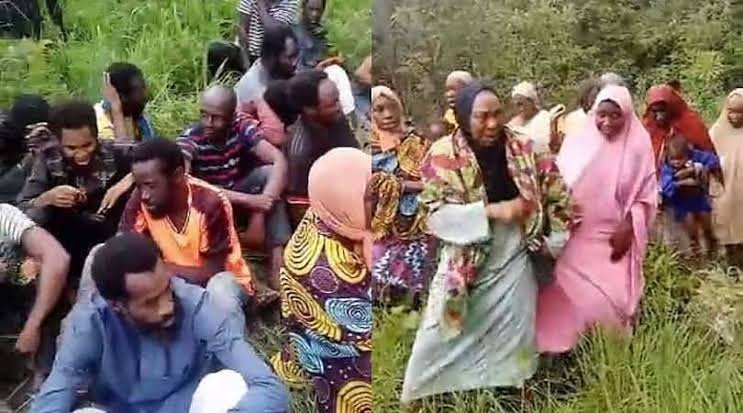 Whatever may be the intention of the terrorists that attacked the Abuja/Kaduna train in late March this year, that intention has been accomplished, to the torment and trauma of Nigerians. Yes, the terrorists have conquered and callously taken control of the hitherto, fathomed fearlessness and mightiness of the Government of Nigeria, Africa’s so-called celebrated giant.

In what looks typical of terrorists’ propaganda tactics, social media is awash with various videos, recently released by the abductors of the train passengers, showing them flogging and dreadfully dehumanizing the captives. To make matters worse, in the video, the terrorists threatened to abduct President Muhammadu Buhari, Nigeria’s number one citizen, and Commander in chief of the country’s Armed Forces.

Some people may call it ludicrous, but to me, it is not laughable. These people have tested the willpower of Nigeria’s security forces and can go to any length to embarrass the Government, particularly the President, whose modus operandi, or weak capacity for rapid response in an emergency, seems to have been sadly exposed.

Kuje is in Abuja, and only a few kilometers to the Aso Rock Villa, the President’s residence, and presumably the most fortified abode in Nigeria. Anyone with the pluck for such transgression must be of temerarious disposition. One would be right to describe him as, perilous. And precisely that’s the name of these terrorists. Play down their pranks at your own peril.

But methinks the Presidency is playing down the pranks of these evildoers, because, contrary to popular opinion, that security forces should use intelligence and technology to smoke them out, the response of the Presidency to the latest threat is that “we are not clueless, or helpless”.

According to Mallam Garba Shehu, the Presidential spokesman, the security forces would not bomb the forest where these terrorists are holding the kidnapped victims, because, doing so will kill the innocent victims, whose only crime was boarding the train.

Aa! Terrorists, who have always carried out their threats with reckless abandon, have issued new threats, to the effect that, they would among other things, kill the captives, and even kidnap the President and the Governor of a state if their demands are not met quickly, and you are saying there is no cause for concern. Would you rather allow the terrorists to kill the victims and subject the country to greater fear and apprehension than take the risk of freeing them, even if it could come with some collateral damages?

Nothing, I repeat nothing, can be more lacking in sense or sound reasoning. Mallam Garba said the security forces have their plans and ways of doing things, which they will not display in the media.

But are we talking about another Government, or the very one, whose head passed a vote of no confidence on its machinery for security intelligence?

In the wake of the Kuje Prison attack early this month, PMB, while on a visit to the site, uttered in anger, his outright disappointment with the intelligence system in Kuje, and by extension, on Nigeria as a whole.

“I am disappointed with the intelligence system. How can terrorists organize, have weapons, attack a security installation and get away with it?”-PMB.

All the same, and as usual, the President summoned the service chiefs, along with the inert National Security Adviser, Gen. Monguno rtd, for a meeting at the Villa, at the end of which, the regular warning was given, with the special instruction that the captives must be rescued alive.

One needs not to be in the military to know that with a good network, that works in concert with covert Human intelligence sources or agents, and sensible surveillance, that follows or observes targets, intercepting the communications of criminals cannot be too difficult a task.

From the statement of Mallam Garba Shehu, one can imply that the location of these criminals is known. Why must it take ages to track their movement and annihilate them? More so, when the President has said time without number, that he had provided whatever is needed to execute the job. And the terrorists are wreaking havoc on the country on daily basis.

Is it to say they are more equipped or have a more improved intelligence system? The Government must tell another tale, to convince the public court, that it is not truant intact.

Nigeria has been bragging of being a key partner with America, in furthering regional security and stability, which is why it purchased over 12 super Tucano fighter jets from the US, and all are supposed to have been deployed for the fight against terrorism.

But while America had used the same technology and credible intelligence to rescue its citizens from the hands of these criminals, in same Nigeria, Nigeria seems to be relying on voodoo, or some African magical rites for the actualization of similar results.

Our memories are fresh of how, on Saturday, October 31, 2020, the US carried out a military operation in Nigeria, rescuing and flying home one of its citizens. According to reports, the mission was carried out by the US Navy’s elite SEAL Team 6, which was conveyed to the action spot by the US Air Force Special Operations. The lucky victim, Philipe Nathan Walton, was abducted from his farm in Massalata village in the Southern Niger Republic, by six men armed with guns and taken to northern Nigeria.

America did not say the rescue attempt may endanger the life of victim Philipe Nathan Walton. In fact, on its part, Nigeria announced that it gave full cooperation in ensuring the success of the mission.

Yet, hundreds of its citizens are in the hands of such terrorists since March.

Abeg, the Government must tell another tale, or else the public court would convict it of being truant intact.

An Agenda for National Rebirth (1), By Hassan Gimba