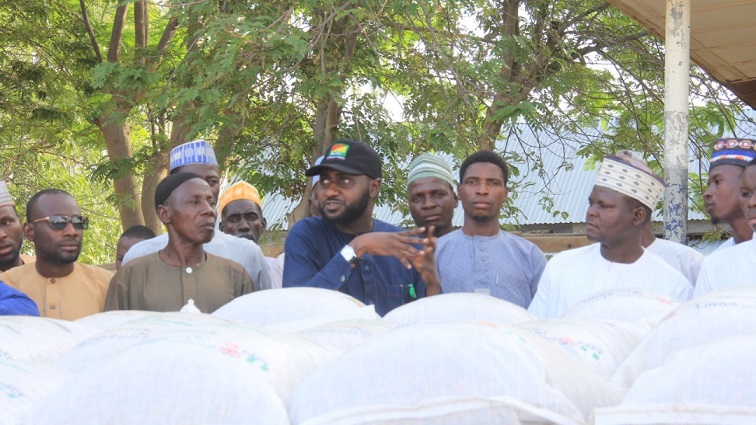 Silvex International, a commodity trading firm and food processing company has engaged four hundred and twenty groundnut farmers in Kano and Jigawa states under a regenerative agriculture initiative to increase yield and minimize the cost of production.

Silvex is working in partnership with RegenFarm UK, Kingston Organic, and Links Project funded by the British Foreign and Common Wealth Development Office (FCDO) to improve the livelihoods of smallholder farmers in some selected northern states of Nigeria.

The farmer beneficiaries who are mainly youths and women were selected from Ajingi local government in Kano state while others are from Jahun, Maigatari, Sule Tankarkar, Gagarawa, Garki and Malam Madori in Jigawa state.

The contract farming scheme was introduced to create a formal agreement between the farmers and off-takers of farm produce that is signed by both parties at the beginning of every crop production season.

According to the Managing Director, Silvex International Alhaji Abubakar Karfi, the contract farming guarantees off-take at the farm gate under the prevailing market price.

“We initiated this project to strategically engage farmers on the practice of regenerative agriculture, which is a farming principle different from the conventional approach that naturally increases crop yield, minimizes the cost of production, and reduces the use of chemicals”. He. affirmed

Under contract farming, the beneficiary farmers would be trained and input would be distributed to them by the off-taker which they are expected to repay the value of input given with the produce harvested at the end of the season as the off-taker retains the first right of refusal to purchase the remaining commodity from the beneficiary farmers at a prevailing market price.

The regenerative agriculture project would be scaled up to all crop production local government areas in Kano and Jigawa states where smallholder farmers would be supported to plant economic trees in their farmlands for protection against erosion and enable carbon sequestration.

In a response to the seed distribution exercise, a lead farmer Musa Saleh Ajingi expressed delight on behalf of the beneficiaries with a promise of coordinating a hitch-free contract farming arrangement.

Terrorist Video and the Presidency’s Truant of Tact