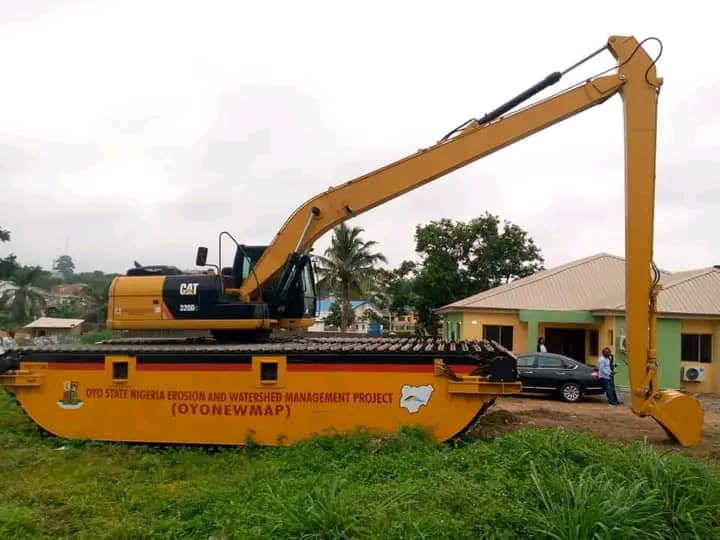 The Oyo State Nigeria Erosion and Watershed Management Project (OYO NEWMAP) has purchased 1000 trolley bins, 15 tricycle machines, and an Amphibious Excavator for evacuation of wastes and flood control in the State.

The distribution of the items to communities within the State and commissioning of the newly-built Oyo Newmap Office building which will be held soon were targeted at maintaining a cleaner and healthier environment.

This was contained in a statement issued in Ibadan over the weekend by the State Commissioner for Environment and Natural Resources Hon. Abiodun Oni, hinted that the efforts were made possible through the World Bank-Assisted Project intervention, with counterpart funding from the Oyo State Government as part of many support programs under the Nigeria Erosion and Watershed Management Project.

According to the Commissioner, the initiative was geared toward providing better waste management services in the State and checkmate gully erosion, and protecting the environment for the benefit of the dwellers.

He stressed that trolley bins and tricycle machines would serve as a backup plan for waste collection to evacuate wastes from all nooks and cranny of the State to appropriate dump sites while the Amphibious Excavator is meant for desilting and channeling of streams and rivers.

Oni said “Governor Seyi Makinde’s mandate is to ensure that the citizens of this State live in a clean and safe environment, It’s highly imperative for residents to appreciate and adopt the State Government’s program on waste management which would be of benefit to all and sundry, all hands must be on deck to ensure we assist this administration to achieve its aims on changing people’s attitude to waste disposal as this government would not tolerate acts of dumping refuse inside drainages and rivers which lead to flooding,” he warned.