- Operations on the rail line are expected to begin in the first quarter of 2023. 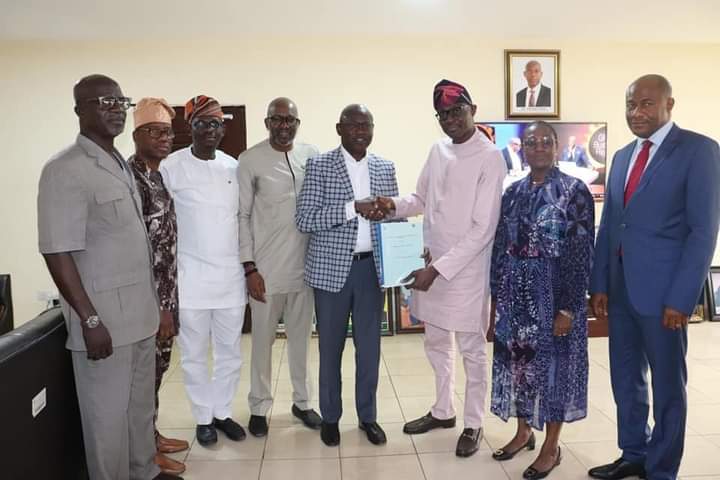 Lagos and Ogun State governments have signed a Memorandum of Understanding (MoU) on the 31-kilometer redline passenger rail service from Oyingbo in Lagos State to Agbado in Ogun State, so there will soon be a relief for commuters in Ogun and Lagos states.

The rail line’s operations are anticipated to start in the first quarter of 2023.

Tokunbo Talabi, secretary to the Ogun State Government (SSG), remarked that the initiative is a noteworthy development brought about by the Lagos/Ogun Joint Commission.

He added that the development was an achievement from the robust understanding and synergy between the governors of Lagos and Ogun states in taking advantage of their proximity to better their economies and the lives of their citizens.

Talabi noted that significant achievements had been made by the two states through the Joint Commission in the areas of waterways and security, saying, “this is yet another testament of more initiatives to be undertaken by the joint commission”.

He said: “The two states have the understanding that what benefits one benefits the other and what brings convenience to one will mean the same for the other due to their close proximity. Integration of the transport system between the two states is highly probable for the benefits of both states.”

While pointing out that the transport system of any nation or state is critical to its civilization, Talabi affirmed that Ogun State is committed to taking advantage of the sector to improve the livelihood of commuters and citizens alike in Ogun and Lagos.

Speaking with journalists after the signing of the MoU, the Commissioner for Transportation, Lagos State, Dr. Frederick Oladeinde, explained that the redline rail project is 31km and that the first phase of the 25km stretch from Oyingbo to Agbado already being constructed will be completed by the end of 2022 while passenger operations will commence the first quarter of 2023.

Oladeinde added that a train station and depot are being built in Ogun State, noting that the project will create a lot of employment opportunities and huge investment within the corridor for the states.

The Ogun State Commissioner for Transportation, Engr. Gbenga Dairo hinted that the state government intends to latch on to the initiative to extend train services beyond Agbado to other parts of the state such as Ijoko and Kajola, among others.

Dairo acknowledged the Lagos State Government’s initiative in investing massively in rail infrastructure, saying, “the two states are already taking advantage of the significant investment of the Federal Government through the Nigeria Railway Corporation (NRC) along the Lagos/Ibadan standard gauge railway infrastructure to ensure transportation is effective and efficient to serve the economic needs of Lagos and Ogun as the commercial nerve and industrial hub of the nation respectively.”