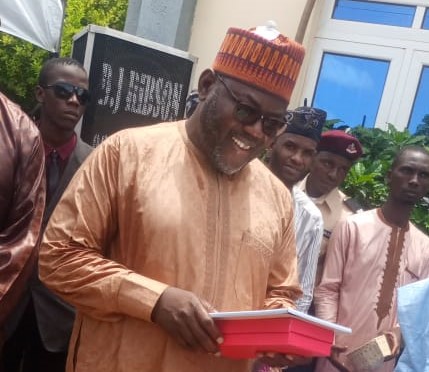 A Community Based Association in Sokoto state, Akija Community Forum (ACF) has honored its member who distinguished himself in providing humanitarian assistance to the community.

In a statement made available to newsmen in Sokoto, the Chairman of the Association, Comrade Bala Ahamad Muhammad Gadanga said Alhaji Muhammad Lula as a member of the ACF provided social amenities to Akija community with potable drinking water, hospital drugs, building and renovation of many religious sites in the area.

He said the philanthropist also supported children of the less privileged to acquire western and Islamic education throughout the community catchment areas.

Also in the statement, the Association described Alhaji Muhammad Lula Sokoto as a philanthropist and someone who cares so much about the welfare and wellbeing of his people.

The ACF further explained that the philanthropist also provides opportunities for skill acquisition to both male and female youths in the community among whom some have since learned to leave independently.

The Chairman, Comrade Gadanga however said, the Association decided to honour Muhammad Lula Sokoto and others for their giant efforts toward assisting their community in the area of education, Water supply, health care, and skill acquisition programs.

Akija is a growing community of retired Nigerian Army personnel of Sokoto state origin based in Ikeja Military Cantonment Lagos who fought in the Nigerian Civil war and other United Nations Peace Keeping Missions across the globe and finally repatriated back home after the war.

Dubai Girls: Dubai Tourism to Give 12 African Fans a Chance to...

Knighthood in the Catholic Church – A Tested Faith: The Perception, Exposition