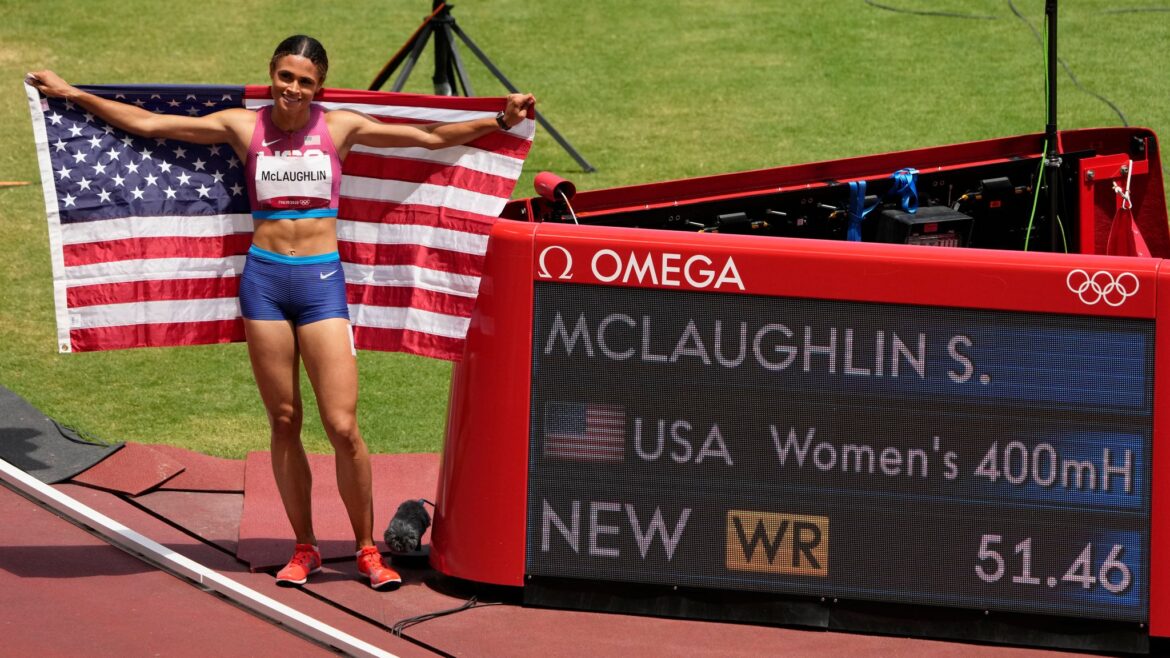 Sydney McLaughlin produced another astonishing run as she broke her own world record by almost three-quarters of a second to take 400m hurdles gold at the World Championships in Eugene.

The 22-year-old American left her rivals for dust as she came home in 50.68 seconds, smashing her own record of 51.41 seconds set in June.

“The time is absolutely amazing and the sport is getting faster and faster,” said McLaughlin.

“I only get faster from here.”

The Netherlands’ Femke Bol, who won bronze at last year’s Tokyo Olympics, took silver in 52.27, ahead of the United States’ Dalilah Muhammad.

Muhammad held the world record after breaking it twice in 2019 – on the second occasion, running 52.16 to beat McLaughlin to gold at the last world championships in Doha.

But McLaughlin has improved that mark four times in the past 13 months, and has now run five of the six fastest times in history.

Her winning time was faster than the seventh and eighth-placed times in the women’s flat 400m final, raced half an hour earlier on the same track.
McLaughlin said that the presence of fans and family, after the Covid pandemic took sport behind closed doors, has helped spur her on to new heights.

“The last 100 really hurt, but I’m grateful to have this crowd,” she added.

“It was absolutely unreal to have my family in the stands. I have never had them together on one place.”

Second-placed Bol said it was surreal to see McLaughlin’s pace at first hand.

“It was crazy,” Bol said. “She was so far in front at the end so I was always doubting if I really had a good race because it felt very good.

“It means a lot that she also broke the 51-second barrier.

“It is unbelievable but it is amazing to be a part of it and to come out second in such a race.”

McLaughlin hinted once again that she may switch events, with a change to the 400m flat looking most likely.

“Me and [coach Bobby Kersee] are going to go back after the season, decide if this is still an event I even want to do, or if we’re going to find something else because we’ve accomplished so much in it,” she told NBC.
(BBC)