It’s Time We Pull Together, Rebuild APC In Rivers – Peterside 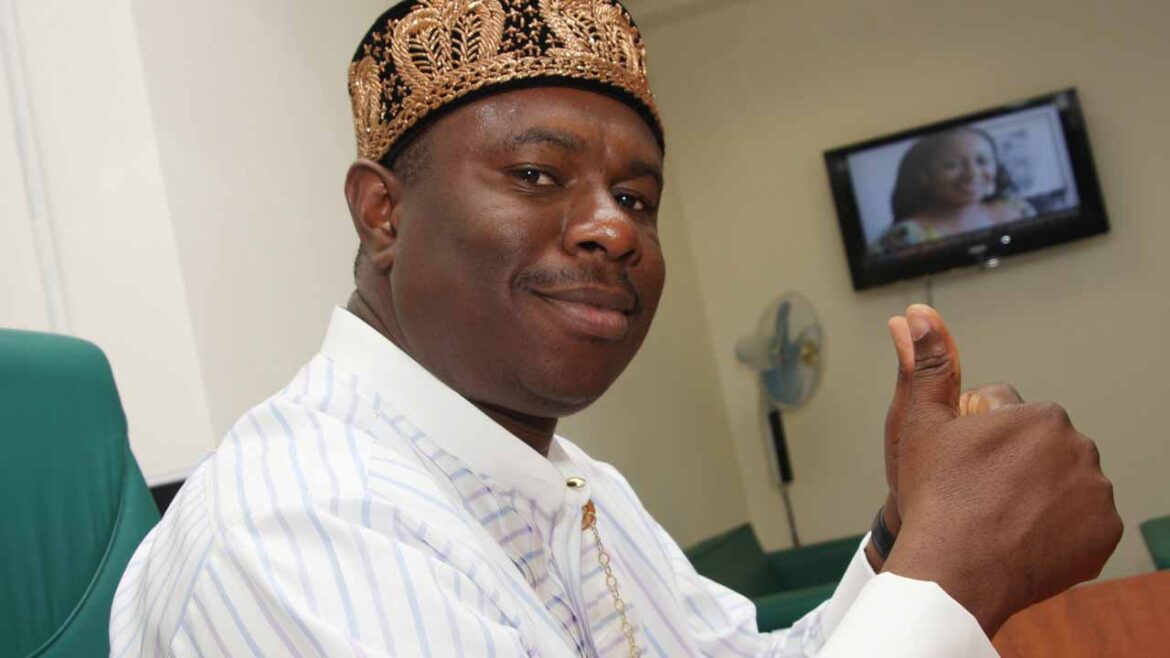 Sequel to recent developments in the Rivers State Chapter of the All-Progressives Congress (APC), a stalwart of the party, Dr. Dakuku Adol Peterside has barred his mind about the events that have seen some faithful resign their party membership.

Dakuku who spoke at the Rivers State APC Stakeholders meeting said “I am a proud member of the All-Progressives Congress (APC). I believe in the philosophy and ideals of the party.  I am concerned, like other party stakeholders in Rivers State, about recent developments in APC, Rivers State.

“I want to thank the people who have left the party for the services rendered to the Party in the past and for friendship shared. I regret the fact that we shall all miss them and the comradeship we all enjoyed. This is not unusual at the end of any political transition as people are free to exercise their democratic rights in a multiparty democracy. Change is the only permanent feature in life.  Our doors remain open to them should they decide to return.”

“Let me advise my party members to respect the choices people make for therein lies our humanity.  Lack of respect for individual choices has, in the recent past, contributed to the tension we face as a people from time to time.  People resign or defect for different reasons. I personally respect their choices, the same way I expect them to respect our own choice to remain.  Remaining or leaving the party does not in any way confer moral superiority on any of us, nor does it make us more or less patriotic. Our State needs all men of goodwill who are builders and not destroyers, irrespective of party differences,” Peterside admonished.

Continuing, he appealed to members to rally together to rebuild the Party in Rivers State.

“Now that it is evidently inevitable that we have lost some of our comrades to other endeavors, it is time we pull together to rebuild the party, draw new strength, and march towards our desired destination.  That way, some of our party members who left will see reasons to come back and be part of the redemption mission in the State. It is a fact that the strength and acceptability of our party cannot be measured by temporary setbacks. Our grassroots support is massive and remains unshaken. The majority of party members have confidence in the leadership and have remained steadfast knowing that the future is bright.

“Our leader, Rt. Hon. Chibuike Rotimi Amaechi has taken a number of steps to steer the party in a more proactive direction. My least expectation is that other leaders rally around him. I am personally committed to this rebuilding process. I acknowledge the fact that it will entail some sacrifice and inconvenience but surgery for your own good comes with a certain degree of pain.

“Rebuilding the party and putting her back on winning ways means we must do some things differently and in a more definite manner. It will require humility to listen to each other and understand the perspective of others. However, we can never remove our eyes from the ball. It will mean adopting new systems, and in some cases, a different approach in the party such that they can withstand storms and hiccups,” Peterside declared.

Charging members of the Party on the way forward, the former House of Reps member called for concerted efforts by all and sundry to achieve success com 2023.

“In the days ahead, together with our candidates, I will join all well-meaning leaders of the party to take critical, strategic, unifying, and inspiring actions to lift and galvanize the spirit and morale of the people. We shall go from LGA to LGA and ward-to-ward listening to you, sharing your aspirations, and working together to achieve our common vision. These engagements will be robust and they will be all about our party and our State.

“I am aware that our Governorship candidate is taking urgent steps to propel the party to new enviable heights. I will encourage him and stand with him in this mission.

“I salute other leaders of the party, especially state officers of the party, LGA   Leaders, LGA and ward party officers for your sacrifices. I know that, by the grace of God, your labour shall not be in vain.

“Finally, let me reaffirm my total commitment to the party and its leadership; and the victory of her candidates.  You all know my age long philosophy that we are ‘greater together’,” Dr. Dakuku Peterside concluded.